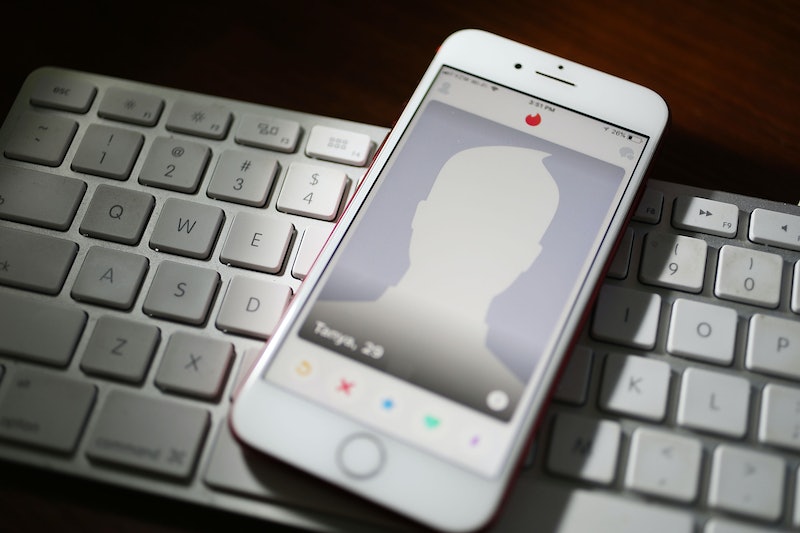 Big changes could be on the horizon for Apple users: By 2021, apps for the iPhone, iPad, and iMac could merge, according to Bloomberg — that is, instead of having separate versions of an app for each platform, a single version of the app will run on all three platforms. What’s more, the separate app stores that currently exist for iOS and Mac devices could also merge into a single store. The changes won’t be complete for a few years yet (and it's worth noting that Apple hasn't confirmed the plan), but if they’re executed well, it could help streamline the whole app process on both the developer and user ends. (Bustle has reached out to Apple for comment, and will update upon response.)

The initiative, which has been codenamed “Marzipan,” will deploy in three phases, reports Mark Gurman for Bloomberg: First, sometime in 2019 — possibly as early as June, which is just a few months away — a new software kit will be released that will enable developers to port apps written for the iPad to Mac computers with ease. In 2020, a similar capability will be brought to iPhone apps. (Porting iPhone apps to Mac has historically been complicated, due to the difference in screen size.) And by 2021, the plan is for iPad, iPhone, and Mac apps to operate on a “single binary” — that is, when a developer writes an app, only one version of it will need to exist; that version of it should work across iPads, iPhones, and Macs. Developers will no longer need to submit apps to different stores; one app store will house all apps for Apple devices.

The benefits of such a merger are many. Developers, of course, will probably see the greatest ones; they won’t have to write the underlying code for an app twice anymore, and eventually, they’ll only need to submit their apps to one store instead of two. Users, meanwhile, won’t have to worry about navigating different stores for each of their devices — as Bloomberg states, iOS apps will be downloadable directly from Mac computers. It’s also possible that Mac apps might see more frequent updates; many, like the Twitter for Mac app, have languished without any updates for as long as several years. (Indeed, the Twitter for Mac app was so neglected that in 2018, it was killed off entirely.)

There’s also the potential for new features to emerge from the merger. As Jason Snell wrote at Macworld in September of 2018, “There are benefits on the iOS side too, especially for iPad users. As I’ve discussed before, once apps offer support for keyboard shortcuts and mouse pointers and the Mac menu bar, it’s not impossible to imagine that future iPads could offer those features if you connected them to a Bluetooth keyboard and trackpad.” Snell also projected that there might be a few years of “growing pains” as the kinks in the new system get worked out — but if Apple does get it right, the whole thing could be quite a valuable change, indeed.

As Mashable notes, though, just because the apps (and their stores) will merge and become more streamlined doesn’t mean the operating systems will. iOS and macOS will remain distinct from each other.

This isn’t the first time we’ve heard about the Marzipan initiative; in fact, it’s been in the works for quite some time: Bloomberg first reported on it way back in December of 2017. An Apple spokesperson declined to comment at the time, but Bloomberg’s report did hold some choice tidbits: The initiative’s name, the idea that software developers could soon “be able to design a single application that works with a touchscreen or mouse and trackpad depending on whether it’s running on the iPhone and iPad operating system or on Mac hardware,” and the bigger picture of the whole thing. “Apple’s apps initiative is part of a larger, longer-term push to make the underpinnings of its hardware and software more similar,” wrote Mark Gurman then.

However, the 2017 report included a potential timeline that clearly hasn’t come to pass: Initially, it was thought that the app merger might be arriving as soon as early 2018. It’s now early 2019, so, uh… that obviously didn’t turn out to be the case. As such, even though the current report projects the change to happen beginning this June, it’s worth bearing in mind that that’s an estimate only. As Gurman noted both in 2017 and now, “the plans are fluid and could be altered.”

In the meantime, we’ll just have to keep our ears to the ground — although we can probably expect some news during this year’s, Apple World Wide Developer Conference, which is expected to occur in June.