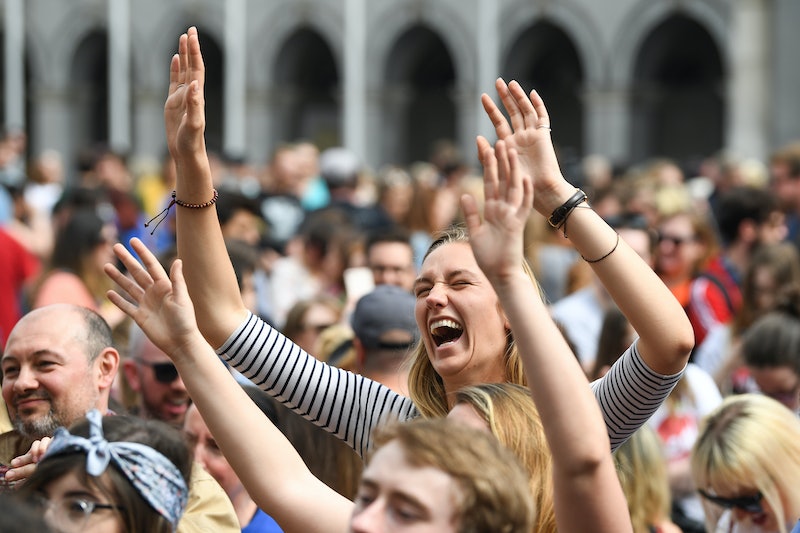 Six months after Irish voters abolished the country's constitutional ban on abortion, a bill in Ireland legalizing abortion has passed parliament, paving the way for the procedure to be widely available in the conservative Catholic country. Prime Miniser Leo Varadkar celebrated the bill's passage on Twitter, and President Michael D. Higgins, a longtime supporter of abortion rights, is expected to sign it into law.

"This is a genuinely historic moment," Health Minister Simon Harris, who helped shepherd the bill through parliament, told the Irish Times. "It is the start of a new era for women’s healthcare." On Twitter, Harris characterized the bill's passage as a "vote to end lonely journeys, end the stigma and support women’s choices in our own country."

Abortion has been a criminal offense in Ireland since 1861, and in 1983, its voters passed the Eighth Amendment, which banned the procedure at the constitutional level. Activists in the country made several attempts over the decades to reverse or at least soften the ban; in the meantime, more than 170,000 Irish women traveled to other countries where abortion is legal to have the procedure.

In an historic May referendum, two-thirds of Irish voters voted to abolish the Eighth. However, this didn't directly make the procedure legal in the country; rather, it opened the door for the Irish parliament to pass legislation to officially legalize abortion — and on Thursday, it did.

The bill passed by Irish lawmakers isn't without restrictions: It will only allow abortions up to 12 weeks into a pregnancy, except when a pregnant woman's life is at risk. Nevertheless, it's nothing short of a sea change for a country that's long had some of the most restrictive abortion laws in the world.

“For the first time ever since the establishment of the state, women who become pregnant in Ireland are now safe and protected by compassionate legislation," said Deirdre Duffy of the pro-choice group Together For Yes, according to the Irish Examiner. "The harm and suffering the Eighth has caused for women is now only a memory and as a nation we will ensure that women are never treated this way again in Ireland.”

Ireland's abortion laws came under international scrutiny in 2012 when Savita Halappanavar was refused a life-saving abortion in the country and died several days later. Halappanavar was experiencing intense pain 17 weeks into her pregnancy, and repeatedly told doctors that she wanted an abortion as her condition worsened. But doctors wrongly concluded that her life wasn't at risk, and repeatedly refused her requests. According to Halappanavar's father, one physician said that he couldn't perform an abortion on her because "this is a Catholic country;" Halappanavar, an Indian citizen of Hindu faith, miscarried days later and died of sepsis shortly thereafter.

Halappanavar's death prompted widespread outrage, a federal investigation, and a 2013 law that permitted abortions when a mother's life is at risk. However, that law still prohibited abortion pills, and allowed for doctors to be imprisoned for up to 14 years for "wrongfully" performing an abortion, prompting pro-choice activists to successfully push for the outright repeal of the Eighth.