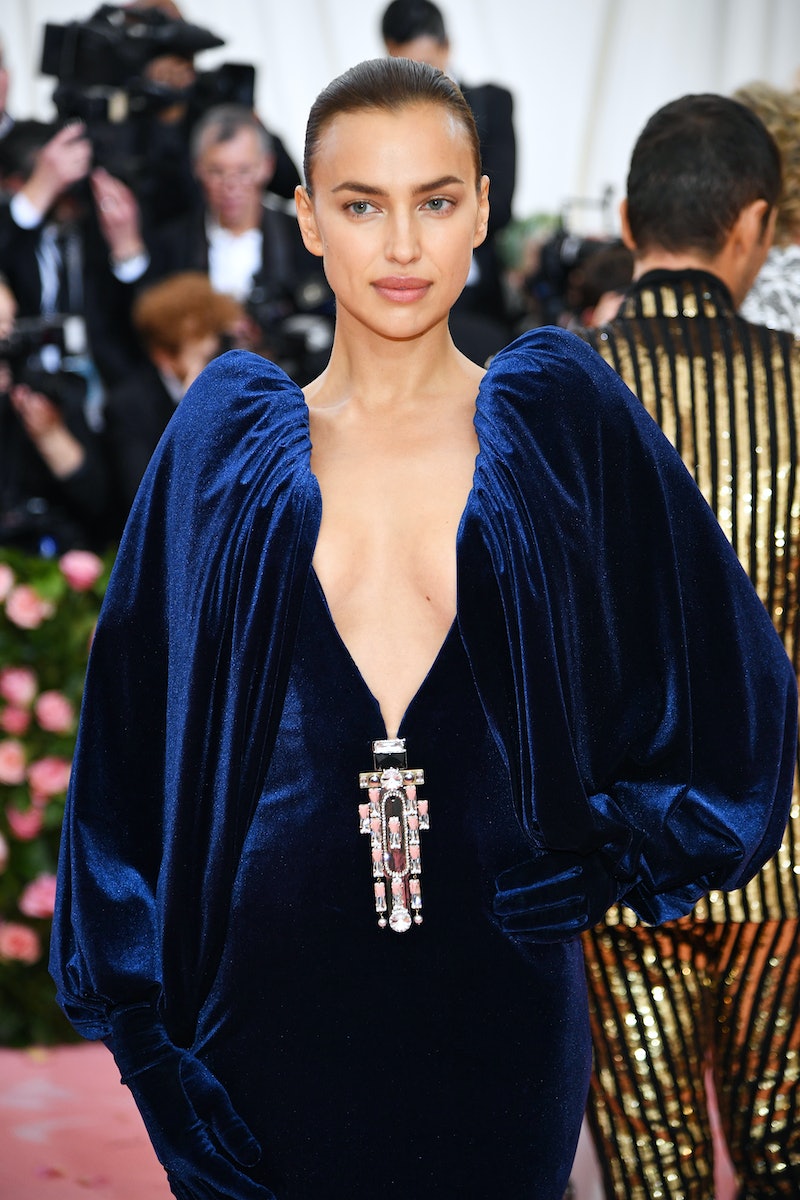 While it was recently announced that Irina Shayk and Bradley Cooper have parted ways, it seems as though the model is already focused on putting any breakup stress behind her. As People reported, Irina Shayk traveled to Iceland post-split from Bradley Cooper, and, by all accounts, she seems to be living her very best life.

According to People, Shayk traveled to picturesque Iceland along with the Italian clothing brand Falconeri. On June 8, the Victoria's Secret model posted a snap of herself posing amongst all of the country's natural wonders. She even took to her Instagram Story to share some truly idyllic shots that will make anyone want to book a trip to Iceland ASAP.

Shayk didn't travel to the location alone, though. Based on an Instagram post, she traveled alongside photographer Giampaolo Sgura and Ali Kavoussi, one of the managing partners of The Lions, a modeling agency. “Seeing Iceland 🇮🇸 with my loves,” Kavoussi captioned a selfie featuring the three travel buddies, “Thank you @falconeriofficial for such a beautiful trip ❤️❤️❤️.” Not only was her getaway full of scenic views, but she also got to spend some time with her good friends. In other words, it sounds like it was the perfect trip.

On her Instagram Story, Shayk shared a couple of videos that really put a showcase on all of the natural beauty that Iceland has to offer.

As previously mentioned, Shayk's Icelandic excursion came days after it was reported that she split from Cooper, with whom she shares a daughter, Lea De Seine. According to a June 6 report from Us Weekly, the couple parted ways after four years together. “They split but she is still staying at his house for now,” an insider claimed, “It’s complicated because of the baby.” (Bustle reached out to Shayk and Cooper's reps for comment, but did not hear back.)

People similarly reported that the pair had been drifting apart for some time. According to the publication, their breakup may have had something to do with their busy schedules. A source claimed that “they were living totally separate lives," and added, “If he was in L.A., she’s out of town, and if she was in town, he was out of town."

A separate source told the publication that Shayk and Cooper were simply in different places in their lives, which is partially what led to their split. “[Irina is] not focused on the celebrity part, or on the fame — she just wants to protect her family,” the insider claimed, per People, "Bradley is very into work and is trying to take advantage of every career opportunity right now.”

Regardless of what really went wrong in the pair's relationship, it's clear, just based on her recent Iceland trip, that Shayk is focused on living her very best, globe-trotting life.