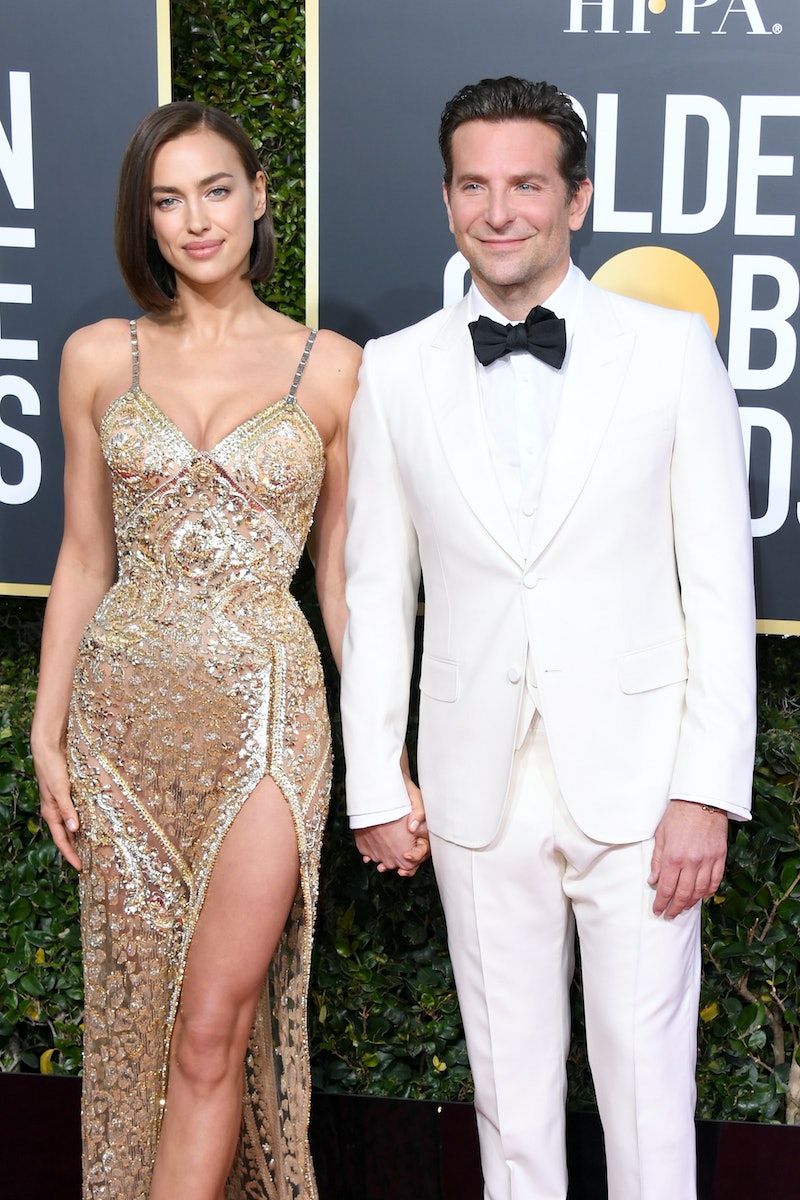 Not long after rumors surfaced about relationship trouble, multiple outlets are reporting that Bradley Cooper and Irina Shayk have split. According to People, who confirmed the breakup news on Thursday night, the couple decided to call it quits after four years together, though they reportedly plan to amicably coparent their daughter Lea De Seine. (Bustle reached out to reps for Cooper and Shayk for comment on the split, but did not receive an immediate response.)

According to Us Weekly, a source claimed of Cooper and Shayk, "They split but she is still staying at his house for now. It’s complicated because of the baby." They also quoted another insider, who recently said, "They haven’t been getting along for a while. They are not in a great place."

For those who have been keeping up with Cooper and Shayk's love life, this may not be entirely surprising. Just earlier this week, Entertainment Tonight reported that things were in a rocky place. Their source claimed,

Perhaps the most important part of ET's report from Wednesday was that their source noted Lady Gaga was not responsible for their relationship difficulties, which reportedly began even before A Star Is Born. The insider said,

Even before the breakup news became official, the internet was blaming Gaga for the rumored tension in Cooper's relationship and it was more than a little unfair. While two fueled rumors all throughout award season, given the apparent chemistry between them, Gaga made clear previously, she and Cooper were just coworkers and friends. She even gave a major eye-roll at claims she was "in love" with him during a Jimmy Kimmel Live appearance back in February.

To call her names (like a "homewrecker") or say it's her fault is completely unwarranted. And now that it sounds like Cooper and Shayk really are going their separate ways, those sentiments have only ramped up online.

Not only that, but so many people are rooting for Gaga and Cooper to finally get together — even though it's way too soon probably for either party to even think about that, considering this all just happened. Plus, Gaga went through a split with Christian Carino not too long ago that she only recently addressed publicly.

All in all, it's probably for the best that the internet let's Cooper and Shayk heal from their split with some privacy, especially since they have a young daughter involved. As all those source quotes about the situation make clear, it likely wasn't an easy decision for the pair to breakup. And dragging Gaga into the mix definitely doesn't help anyone.