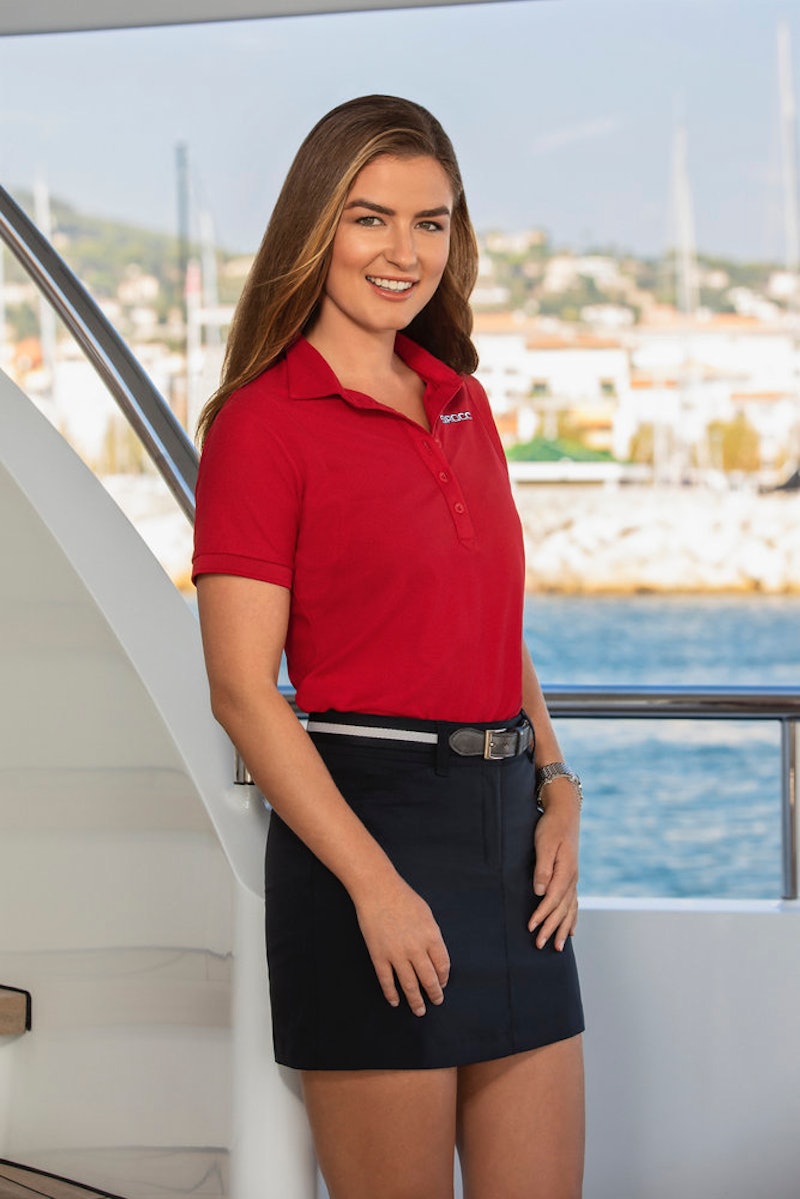 Below Deck Mediterranean viewers have witnessed the romance between second stew Aesha Scott and deckhand Jack Stirrup on Season 4 flourish all season. They're currently even sharing the same cabin on the boat, which is why many fans are hoping that they're together post-charter season. Alas, it seems like Aesha is single after Below Deck Med, though she hasn't confirmed or denied anything about her current relationship status.

Aesha has been very good about keeping spoilers to herself. She hasn't slipped up once in interviews or on social media, which is good for her and for fans who don't want to know how things pan out by the end of the season. As far as Jack goes, he has deleted his Instagram account for the time being.

That might be because many fans have noted on social media that Jack was in a relationship while filming this season. That was never a secret. He mentioned in his intro clip for the season that he was dating someone before the show started filming in the winter of 2018 and that he didn't plan on staying loyal. "I was going out with this girl before I came here. I said, 'Listen, I'm going on a yacht. I'm not going to be loyal. I'm looking forward to having a few drinks and having a little wiggle. Maybe crack on with one of the girls? Who knows what could happen," Jack said.

Still, a lot of people felt like he was playing Aesha when they started to notice his tagged photos with a a woman named Kelly Hidge on Instagram. (Apparently, some viewers missed the part at the beginning of the season when he mentioned that relationship in the first place.)

In any case, it's fairly clear that Jack is likely in a relationship right now, as Kelly has been captioning pictures with comments like, "When reality ain’t realistic," as the show airs. That could literally mean anything — but of course fans are assuming that she's not very into how close Aesha and Jack are on the show this season, which would make sense.

Then again, it's a little demeaning to both Kelly and Aesha to assume that they didn't know about their standing with Jack both on and off the boat. People have a lot of different kind of relationships, especially in the yachting world, as Aesha pointed out in an interview with The Spinoff. It's worth considering that the editing didn't really do Jack or Aesha any favors before you start forming any opinions about what went down on social media.

Fans are shipping Aesha and Jack hard on Twitter, but it just doesn't look like it was meant to be. Part of the reason Aesha and Jack say they like each other on the show is that they both like to have a good time, take things easy, and make very dirty jokes. All of which have contributed to the speculation about their current relationship to each other. Sadly, there will not be a Below Deck Med Season 4 reunion to address all of these questions and get to the bottom of it. Or even to hear if Aesha is seeing someone else who is not Jack since the show. Knowing how open Aesha is on the boat though, if she wants her fans to know about her relationship status, she'll fill them in when she's ready.

More like this
Jin-young Reflected On His Relationship With Seul-ki After 'Single’s Inferno'
By Brad Witter
Andy Cohen Apologized To Larsa Pippen After A 'RHOM' Season 5 Reunion Dust-Up
By Brad Witter
'Bachelorette' Vet Clare Crawley Unveiled 2 Special Wedding Day Accessories
By Stephanie Topacio Long
This 'Bachelor' Contestant Got Back With Her Bachelor Nation Boyfriend After Going Home
By Grace Wehniainen
Get Even More From Bustle — Sign Up For The Newsletter
From hair trends to relationship advice, our daily newsletter has everything you need to sound like a person who’s on TikTok, even if you aren’t.