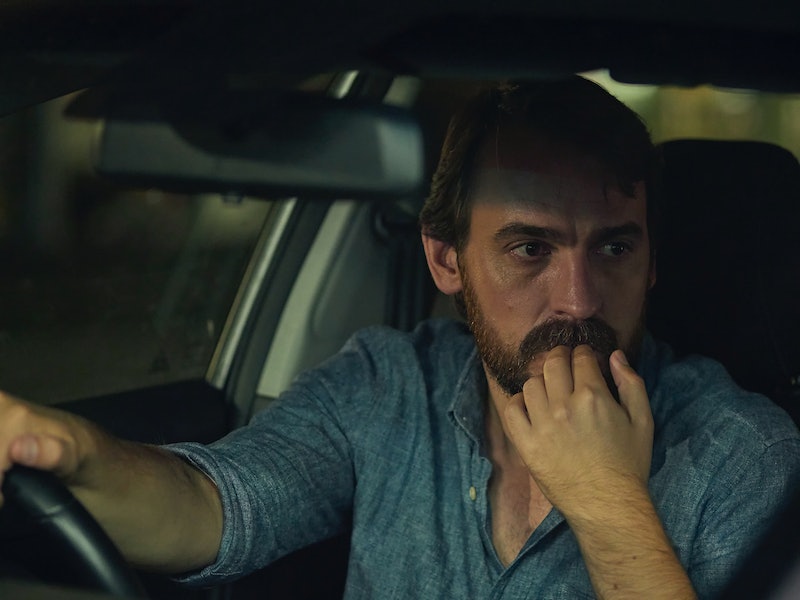 The suspense in the latest episode of BBC Sunday night drama The Cry went up a notch last week when viewers further delved into the mystery surrounding baby Noah, and the circumstances which surround his supposed abduction. After a shock discovery, fingers have begun pointing towards the parents of the missing infant, Alistair and Joanna, but could they be responsible? And after some more than suspicious behaviour, is Alistair guilty in The Cry?

Well, the climax of last week's episode certainly opened up the question and added a surprising twist in this already mysterious story. In case you missed the big reveal, during the final minutes viewers were surprised with the revelation that baby Noah wasn't actually in the back of the car, heavily implying that Noah's parents, played by Jenna Coleman and Ewen Leslie, were almost certainly involved.

Previously, viewers were left to assume that baby Noah had been snatched from Jenna and Alistair's rental car after they quickly popped into a store in a quiet Australian town. The pair then went on to report their child as missing and found themselves in every parents' worst nightmare as a hugely publicised police investigation opened up, but now that we know they were somehow involved, a whole new dynamic to this mystery has been revealed.

If the empty baby seat placed in the back of the car isn't enough proof of their involvement for you, there was also a very suspicious conversation between the two which took place after Alistair discovered a missing bib that Joanna had been secretly holding onto. During the secret conversation, Joanna asked her husband “If we could go back, would we have done anything differently?”, and he responded “We’ve done the right thing. The only thing that makes sense".

As the conversation progressed, Joanna spoke of her guilt at her husband's ex-wife and daughter being dragged into the investigation when she said: "Chloe, Alexandra; they don’t deserve this." Alistair, however, appeared more ruthless in his attitude when he replied, "We just need to let this play out. They can’t ever find this (the missing bib). These cops are smart, but we’re smarter."

Now that the focus has shifted towards the parents involvement in the missing persons case, viewers like myself are beginning to question the guilt of father Alistair, but could he really be responsible for the disappearance of his own child?

Some pretty major spoilers lie ahead, you have been warned.

Well if the original novel of the same name, penned by author Helen FitzGerald, is anything to go by, then Alistair is indeed guilty. In the book, which so far has closely followed the TV adaptation, it is revealed that baby Noah was accidentally given a fatal dose of medicine by Leslie's character. This in turn prompts Alistair to convince Joanna to assist him in covering up the death, by framing the tragedy as a kidnapping.

However, when enjoying adapted stories on television, it's always worth remembering that often times the show will take it's own route by creating altered versions of the original tale. But due to the consistency between the novel and BBC show thus far, it seems likely that Alistair will be just as guilty onscreen as he was in the book.

Either way, I cannot wait to see how this captivating thriller unfolds and finally know the truth behind each of the main characters, bring on episode three.

The Cry returns to BBC One on Sunday at 9 p.m.