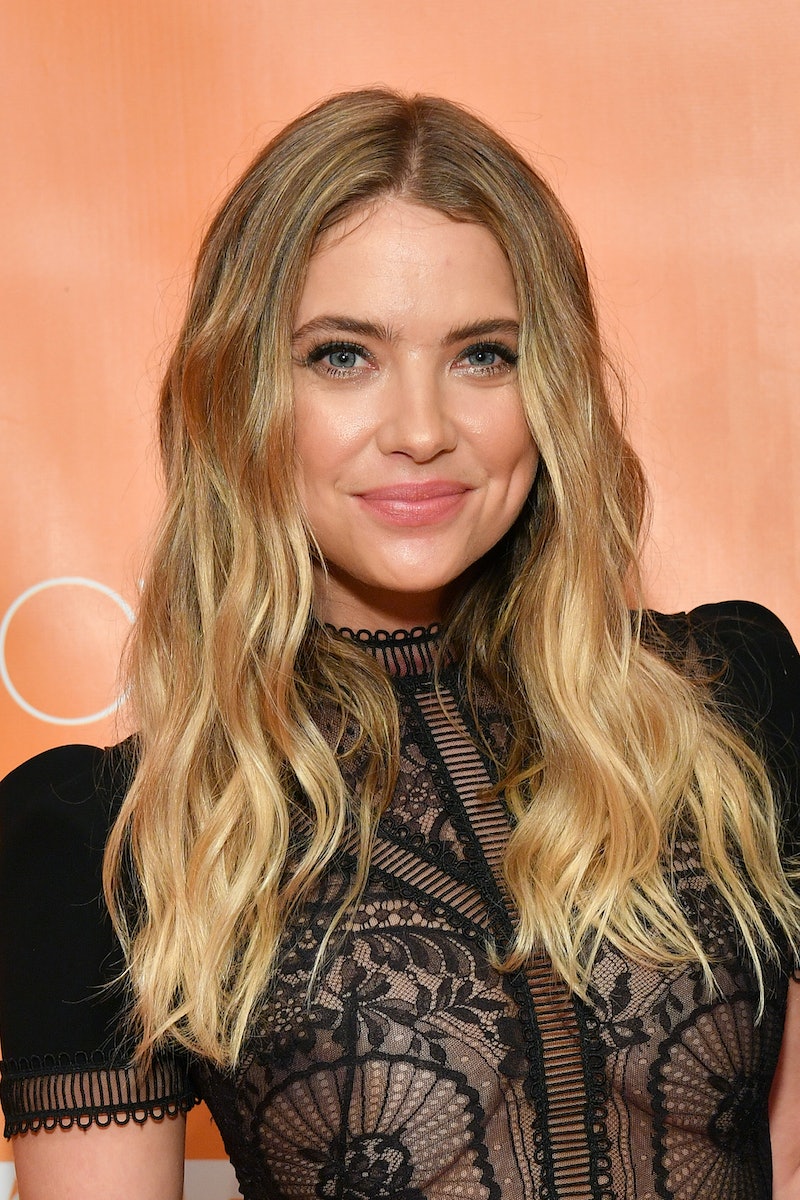 Nothing says, “I love you” more than putting a real tattoo of your partner’s name on your ribs. But only someone like Ashley Benson gets a tattoo of Cara Delevigne’s name just to put it in a whole ad campaign for the world to coo and aww at. That’s just how famous boo thangs roll.

Fans of the former Pretty Little Liars star have been trying to DTR (read: define the relationship) with her and model and actor Cara Delevigne since 2018. Now, some fans have caught a glimpse of the initials “CD” written on the left side of Benson’s ribcage in the promo images her Privé Revaux x Benzo sunglasses collection. Whether intentional visible or not, this may just be one the the most adorable subliminal professions of love seen between starlets.

Benson posted the photo in question from one of the campaign images with the “CD” initials on her Instagram page July 22. However, she hasn’t tagged the tattoo artist nor fully explained the story behind the tattoo.

While fans of both Benson and Delevigne are still trying to decipher whether or not the two are officially engaged, a (painful) tattoo in tribute of someone you seriously dig already screams “forever.”

Neither Benson nor Cara have officially opened up about their relationship status, but the two of them haven't been shy about getting caught up in public displays of affection.

Other than the sweet sentimental tattoo for her boo, Benson's eyewear collection is actually poppin'. The collaboration features only three styles of sunglasses, but they're all statement pieces to block out the sun and the potential haters. Benson highlights The Victoria, a pair of large rectangular sunglasses, The Olive, a rounded cat-eye style, and The Planco, a square brow bar pair. Not to mention, all the sunglasses retail for under the cost of $40.

From afar, Benson keeps most of her tattoos fairly unnoticeable, but she's still not immune to the powers of minimalist tattoos like the one dedicated to "CD" initials written on her ribs.

In 2017, Benson scored two tiny tattoo designs from celebrity tattoo artist JonBoy. JonBoy is famed for designing some of the sleekest minimalist tattoos, and Benson received two cute ink designs in one day, earning herself a tiny outline of a star on her left wrist as well as a tattoo on her right bicep that reads "muggsy," which fans are still questioning the meaning behind it.

As for the actor's other well-known tattoos (because she visibly stans tiny ink) to steal inspo from, Benson also dons an imprint of a small arrow on the same wrist where the star resides, and she's also shown a tiny cross on the right side of her wrist.

Benson may have come off as a sweet blond-haired, blue-eyed "it girl" back in her PLL days. But minimalist tattoos are having a moment, and Benson is showing her fans that she wants to revel in this design style with a small reminder that her model partner (literally) is always close by.

More like this
Selena Gomez Posted A No-Makeup Selfie & We Stan A Relatable Queen
By Olivia Rose Rushing
John Legend's Loved01 Skin Care Line Is All About Accessibility
By Carolyn Steber
15 January 2023 Beauty Launches Our Editors Can't Get Enough Of
By Rachel Lapidos
Nails With Your Partner's Initials Are The Cutest Valentine's Day Mani
By Olivia Rose Rushing
Get Even More From Bustle — Sign Up For The Newsletter
From hair trends to relationship advice, our daily newsletter has everything you need to sound like a person who’s on TikTok, even if you aren’t.