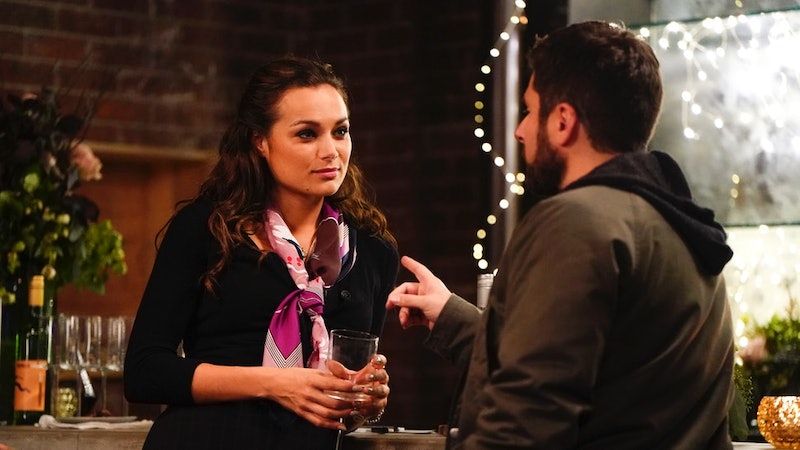 The most influential character on A Million Little Things seems to be missing from the promos for Season 2. Ashley spent all of Season 1 trying to get to the bottom of Jon’s secrets, only to keep them and probably make them worse. As of right now, Ashley is not in Season 2 of A Million Little Things, so does that mean that the secrets stop? With this show, definitely not.

Ashley’s last act in Season 1 was blowing up everyone’s world with the knowledge about Jon’s secret insurance policy and his massive debts. She then fled to Spain with tickets that Jon had bought her before his passing. (It was nice that he got her the tickets, because she said she wanted to see where her grandparents came from and he made that happen.)

In the present time, there’s no reason for Ashley, played by Christina Ochoa, to come back to Boston and continue to deal with the fallout of Jon’s death and debts, but A Million Little Things creator and executive producer DJ Nash told TV Line that just because Ashley is living it up in Europe doesn’t mean she’s missing from the show forever. “Good or bad, our show is a soap. On some great soaps, things happen and people come back,” he said. “We sent [Ashley] away, but maybe she comes back knowing a lot of Spanish.” In the same interview, Ochoa also hinted that we haven’t seen the last of Ashley. “I think it’s a pretty safe bet to say that Ashley is not completely out of the picture,” she said.

In reality, it makes sense to take the focus off of Ashley right now and move onto other things. Rome and Regina want a baby. Delilah just had a baby. Maggie might be cancer free. Eddie and Katherine might rekindle their relationship. There's so much to cover that the show won't lose a thing if Ashley goes onto the back burner. She'll come back to wreak more havoc, anyway.

And while Ashley’s Season 2 fate is still a mystery, Nash was able to fill in some of the blanks when it comes to what happens to the rest of the group in Season 2. This year's theme, he told Deadline, is about family:

“The theme of the first season was: friendship isn’t the big things, it’s a million little things. This season is: what does it mean to be mean to be family? It doesn’t necessarily mean the person you’re genetically related to. It can mean they’re the person who’s there for you when you need it the most. So, we’re looking at that and what that means this season.”

Nash also told Hollywood Life that there would be a death of a recognizable character in Season 2 (of course he didn't say who would die) and that the whole PJ-not-knowing-who-is-dad-is thing would be wrapped up by the midseason finale before the holiday break. Even with so many answers, there are so many questions about A Million Little Things — it’s twisty, turny entertainment, and viewers will have to tune in to find the rest of the answers. They’re not giving them all away.