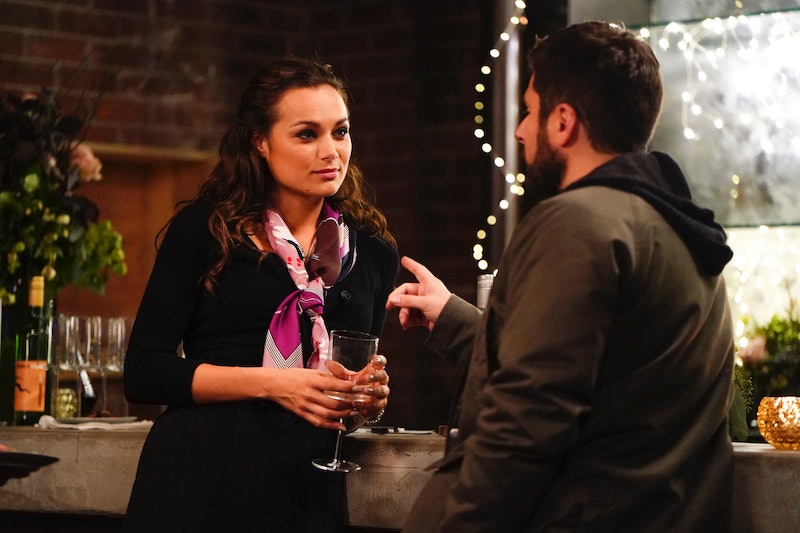 A Million Little Things has turned the camera from Jon’s mourning friends and family and onto the man himself, and wow, is it clearing up a few things about the last days of Jon’s life. In a show with this many mysteries, nothing is ever as it seems, but what the January 24 episode of A Million Little Things managed to do is exonerate Ashley for one of her biggest alleged crimes — sleeping with her married boss. Ashley is more innocent on A Million Little Things than we originally thought — but she’s not completely out of the woods yet.

The series premiere of A Million Little Things opened with the day of Jon’s death, and this episode started a few days before — it’s flashback time! It’s amazing how little linear time has actually passed on this show. In this episode, we see that Maggie just got to town, and we meet her dad; Regina has a bad catering gig she wants to escape; Rome got the Super Bowl commercial of his dreams but still isn’t happy; Gary is waiting for his latest cancer screening and it’s making him annoying and irritable; and Eddie and Delilah are getting ready to dump their respective spouses and run away into the sunset together.

On the day before he died, Jon lost some big business deals, and, licking his wounds, he took Ashley to a special apartment. It’s special because it’s the place where he lived during college. When Ashley walked in the apartment, she kissed Jon, and he rebuffed her, and then he went on this whole tirade about how she needs to live her dreams (she wants to go to Barcelona) and pursue her passions, etc. Jon put a lot of forethought into his final moments, and he wanted to make sure that Ashley was taken care of — she didn’t know what Jon would do.

Since Ashley was as in the dark as everyone else in regards to Jon’s eventual suicide, this automatically makes her a more sympathetic character. She had no idea about Jon’s secrets, as Jon would kick her out of the room for certain phone calls. Ashley isn’t the scheming, cheating secretary fans have taken her to be since the beginning of the series — she is also a victim here, shocked by the death of her beloved mentor and friend.

Of course, Ashley is holding back one huge thing from Jon’s family and friends — his suicide note. Also, all the paperwork for Rutledge, whatever it entails. Now, it seems as though Ashley wasn’t hiding Jon’s note but keeping it in order to find more answers for Delilah and her children. Ashley, to her credit, hasn’t been allowed to mourn Jon’s loss as much as the others have. She is keeping the wheels on, finding out Jon’s financial betrayals, and trying to put on a brave face for everyone.

The assertion that Ashley was in love with Jon isn’t completely true — she loved the man as a mentor and friend, and he trusted her implicitly. Ashley wasn’t trying to wedge her way into Jon’s marriage but instead trying to understand the erratic behavior of her boss. Hopefully, A Million Little Things will reveal more of Ashley’s story and let fans fully forgive her.