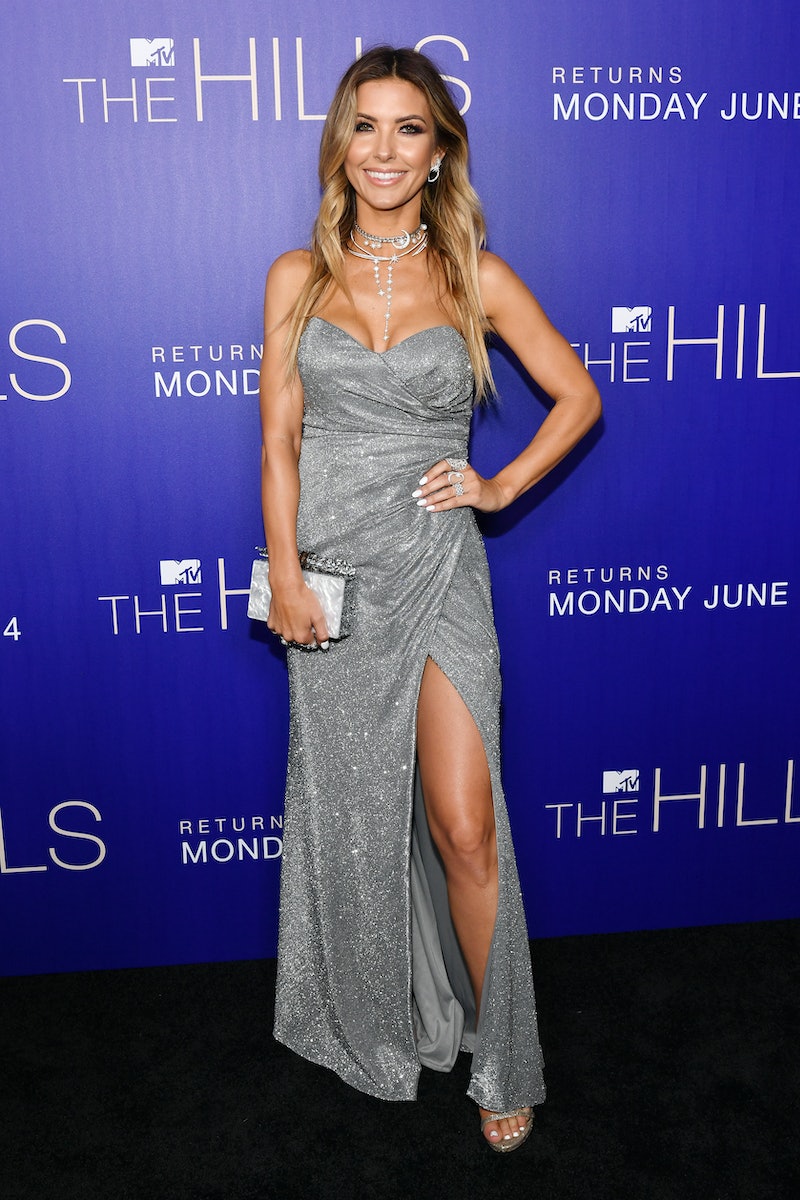 Audrina Patridge and Justin Bobby Brescia are about to be back on television together as The Hills returns to MTV. This iconic on-again-off-again romance is one for the reality TV history books, and given that Justin Bobby's only real tie to the show was his relationship with Audrina, it's only natural to wonder if there's something going on between the two of them now. But first: is Audrina Patridge dating anyone in 2019? Or is she coming into The Hills: New Beginnings with the freedom to rekindle old flames?

The past few years have been full of big, often tumultuous changes in Audrina's romantic life. People magazine reports that she got married to BMX dirt bike rider Corey Bohan in November 2016, a few months after they welcomed their daughter, Kirra Max. What followed was reportedly "a long and messy divorce battle," per People, that came after an alleged violent incident less than a year after they tied the knot. At one point, Audrina was granted a restraining order that ordered Bohan to stay 100 feet away from her and their daughter, another People article reports.

Amidst all of this, Justin Bobby watched from afar. "My first reaction is the thought of the child, obviously. Me, coming from a separated family at a young age, it had its perks and it had its hindrances. My second thought is if she's OK, because she's been a longtime friend," he told E! News in late 2017 after reports of the divorce filing went public. "My thoughts and my heart go out to her and her little one at this time."

Now that the divorce is final as of late 2018, it's safe to say that Bohan won't be on The Hills reboot. But what about Audrina's other recent exes or current beaus? Prior to the finalization of her divorce, she was once again linked to singer Ryan Cabrera (time to crank "On The Way Down") though the rekindled romance reportedly didn't last long.

Cabrera made a few cameos during the original run of The Hills, and if things are only recently over between the two of them, there's certainly a chance he might swoop in at some point. If we see present-day Ryan Cabrera on The Hills in the year 2019, the nostalgia will simply be too much, and we will all probably ascend into reality TV heaven.

Of course, if Audrina is single headed into The Hills: New Beginnings, that means that things with Justin Bobby might heat up yet again. Though they kept coming back to each other during the show's original run, things have changed. Audrina is a mother now, and has a child to think about. And in addition to that, everyone is simply a little older and (hopefully) a little wiser. They might not be ready to make the same mistakes again.

In fact, a source told Us Weekly in 2018 when The Hills: New Beginnings was filming that they were "friends" and "not back together." But then again, that would have been when Cabrera was still in the picture, so who's to say if things stay quite that platonic. The trailer certainly hints that they might get back together in some way, but stops short of giving any real information. If they do, viewers will certainly be ready to jump back into this relationship that always made for dramatic TV, but who knows where it will lead. As Justin Bobby always says, truth and time tells all.