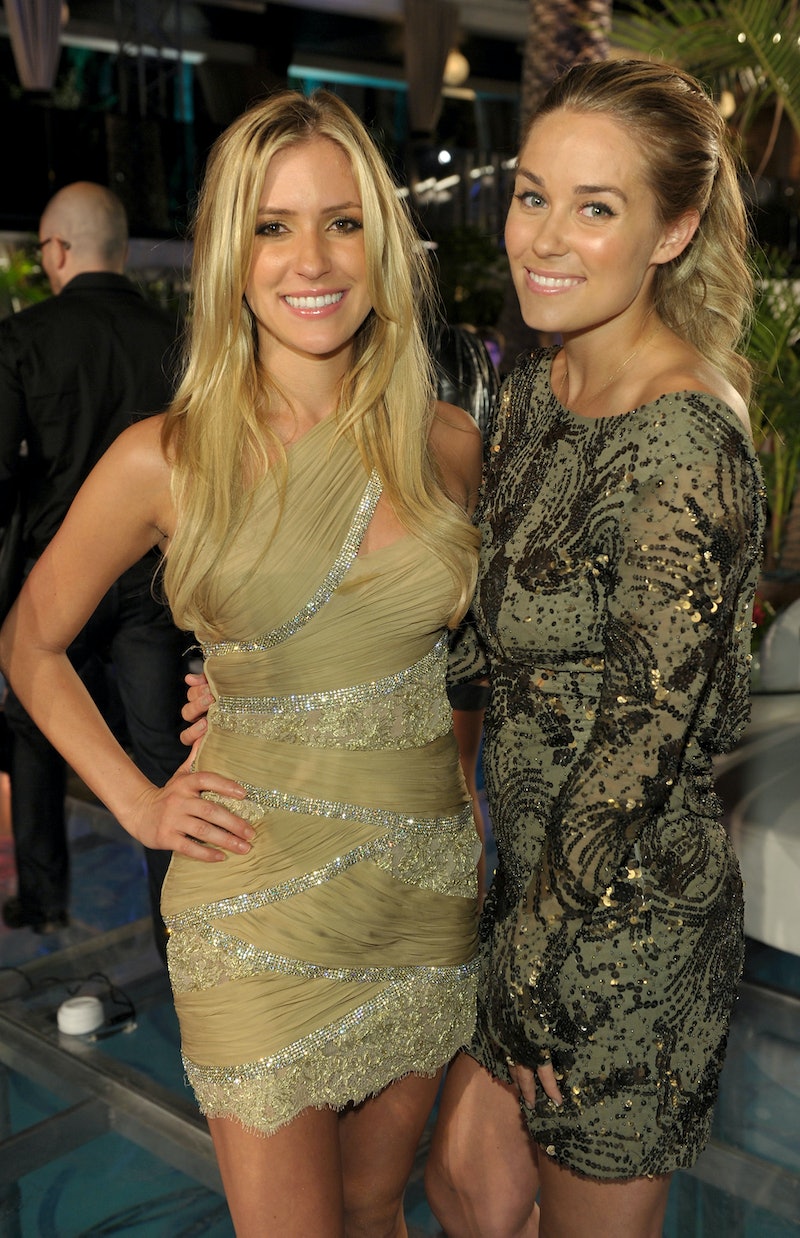 You only have a few days to brush up on your The Hills history before the rest is still unwritten. And hey, you know that internet thing you are using right now to read this? You can use that internet to stream The Hills episodes on Pluto TV’s popup channel before The Hills: New Beginnings premieres. And it will cost you the low, low price of free dollars. So, when you are ready to marathon one of the finest reality TV programs the aughts gave us (come on, like you are ever not ready), zip on over to Pluto TV and enjoy whichever The Hills episode that happens to be on The Hills channel at that moment. And then, watch another one. And another one. And another— you get the idea.

Nearly nine years after The Hills series finale shook us to our Pinkberry-loving cores with that fake backdrop reveal, The Hills: New Beginnings will commence. The reboot, which features The Hills stars Brody Jenner, Audrina Patridge, Heidi Montag, Spencer Pratt, Justin "Justin Bobby" Brescia, Stephanie Pratt, Frankie Delgado, and Whitney Port, plus series newcomers Mischa Barton and Brandon Lee, will premiere on Monday, June 24. And in celebration of the show's return to MTV, Pluto TV created a whole channel devoted to the original series. In a press release that went out in April, Viacom revealed that a The Hills popup channel was heading to the television streaming service. The announcement reads,

“Just in time for the highly-anticipated revival series, The Hills: New Beginnings, premiering on Monday, June 24th, viewers can catch up on the series that changed the reality TV landscape and look back at the most unforgettable and iconic moments from the past seasons of Laguna Beach and The Hills.”

What's that? You mean to tell me that if I keep that channel playing long enough, I may just stumble upon the classic reality show that beget The Hills, too? Let the rain fall down and wake my dreams of revisiting Laguna Beach eps.

If you want to have a little more control of your marathon session (i.e., you want to be able to choose which episodes you watch), you have several options. The Hills and Laguna Beach are available for purchase on YouTube, Google Play, iTunes, Vudu, and Amazon Prime. Oh, and both of the shows are also over on MTV’s site right now. Some episodes will ask you to sign in with your cable provider information before you watch, so maybe have those details on hand? Or don't? I'm not going to tell you how to live your life. (However, if your life includes wearing combat boots to the beach, I will give your life two mascara tear-stained thumbs up.)

As you might've deduced, traveling back to moments like Lauren Conrad telling Heidi Montag she wants to forgive her and forget her, Kristin Cavallari declaring her car "dunzo," Spencer Pratt surprising Heidi with some new wall art in their apartment, or Trey Phillips throwing a wonderfully '00s fashion show fundraiser is as easy as one, Les Deux, three.