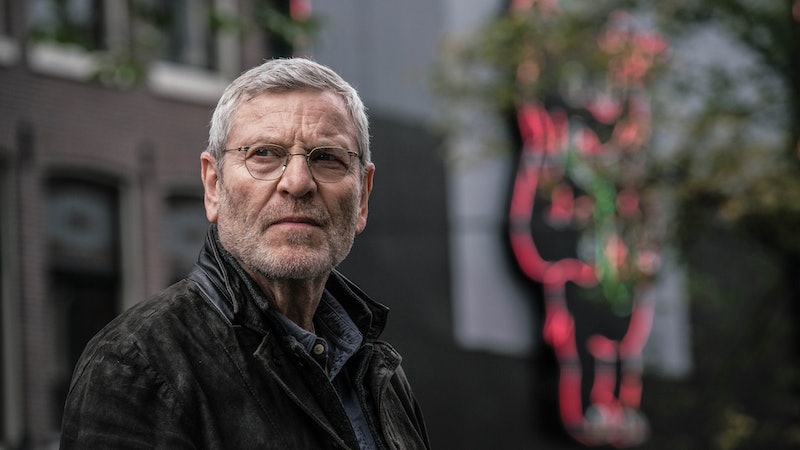 In today's true crime fixated TV landscape, you'd be forgiven for asking one pressing question about the BBC's latest crime drama: is Baptiste a true story? The series sees French detective Julien Baptiste thrust into an unpredictable new case, after a young woman named Natalie goes missing in Amsterdam. Natalie, a sex worker, is reported missing by her frantic uncle, Edward — but the case, and their relationship, proves more complex than Baptiste could ever have anticipated.

But did Natalie, Edward, or Baptiste ever exist in real life? Probably not: as the Radio Times explains, Baptiste is a "direct sequel" to BBC drama The Missing, which aired over two series between 2014 and 2016. Each series followed a separate case of a vanished child, investigated by Tchéky Karyo's Julien Baptiste; though the latest series shared some parallels with real life cases, both storylines were decidedly fictional. And that looks to be the case with Baptiste, too.

The central character does have some real life inspiration, though: an actual French detective known by writers Harry and Jack Williams. Lead actor Karyo told the Radio Times, "Baptiste, as a French detective, is a homage to somebody the writers know," adding, "He is known to the family and to their father Nigel, who is also a very well-known writer."

Karyo continued, "They grew up in this milieu, in this field, and one of their friends is a real detective and follows all sorts of cases in France, so that’s why when they started on this missing case they thought of him and decided he was going to be French." Baptiste might be an invented character, but he owes a debt to an existing person, it would seem.

Let's fill in some gaps: alongside Tchéky Karyo as Baptiste, the cast is brimming with recognisable names. The Night Manager and Bird Box star Tom Hollander plays Edward Stratton, Natalie Rose's desperate uncle, while Natalie herself is played by Anna Próchniak, who you might know from the 2016 film The Innocents (alas, there's not an awful lot of information available about her character at this stage).

Premiering tonight on BBC One at 9 p.m., there are six episodes in the debut series of Baptiste, all an hour long. Lead actor Karyo said in a statement, "Julien Baptiste is very dear to me, so I’m really excited to be following his journey to the streets of Amsterdam and seeing what dark secrets he unveils this time. No doubt he’ll continue to take great risks all in the name of justice." Is Baptiste about to enter into the canon of great TV detectives?