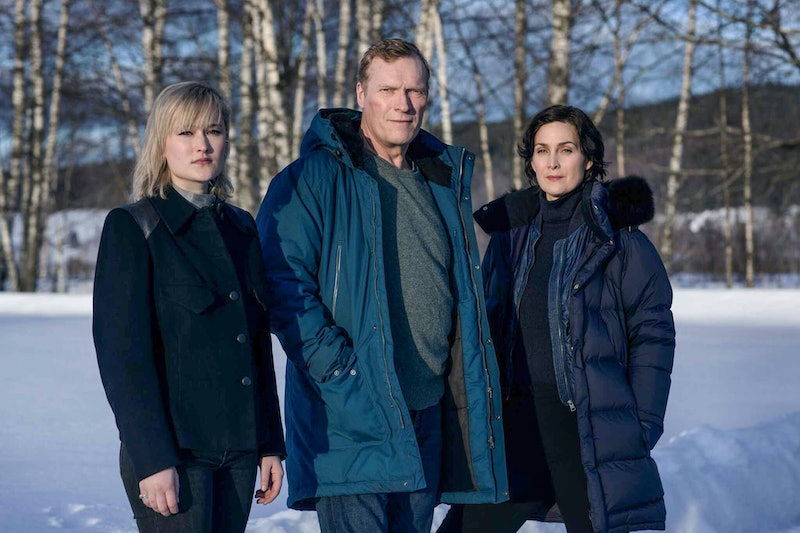 News that the Norwegian detective series Wisting is making its way over to Blighty should come as welcome news to any crime-drama enthusiast. The series will debut on BBC Four here in the UK, and centres around a detective who faces some of the most difficult cases of his career, following two mysterious deaths during Christmastime. But is Wisting based on a true story?

Well, as the Radio Times reports, Wisting is not based on a true story, and is an adaptation of two Jørn Lier Horst novels, titled The Caveman and The Hunting Dogs. Prior to his writing days, Horst previously worked as a policeman himself, so elements of the story could be inspired by real-life events, however, either way, the novel series proved to be a huge success, and sold over a million copies in Norway alone. The television adaptation has since become the biggest and most expensive drama to emerge from Norway, and follows the story of homicide detective William Wisting, who's Christmas festivities are interrupted following two mysterious deaths. Wisting must then face the most challenging case of his career, whilst his journalist daughter chases headlines that lead her right into the path of a wanted American serial killer. Elsewhere, an old case and damaging accusation comes back to haunt detective Wisting, which means in addition to solving the harrowing double-murder case, he is forced to fight for his own reputation, career and ultimately, his life.

The cast of Wisting includes The Matrix and Jessica Jones star Carrie-Anne Moss as FBI Agent Maggie Griffin, and The Frankenstein's Richie Campbell as Special Agent John Bantham — who are worn in to assist detective Wisting, played by Sven Nordin, during the search for an infamous killer who has avoided capture for years prior. As previously mentioned, the drama will air on BBC Four in the UK, and the head of BBC programme acquisition, Sue Deeks, revealed that following Wisting's huge success in Norway, she has "no doubt" viewers in the UK will be "equally engaged" by this "emotionally complex" and "compelling" crime-drama.

Wisting begins on Saturday, December 28, at 9 p.m. on BBC Four, and I don't know about you, but I'm seriously looking forward to what promises to be an outstanding adaptation.

This article was originally published on Dec. 27, 2019