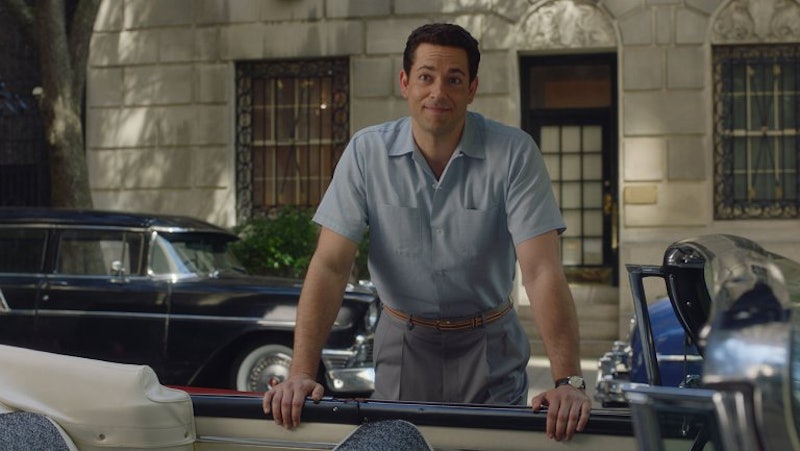 Though Midge found a new love interest in Benjamin (Zachary Levi) during The Marvelous Mrs. Maisel Season 2, by the final episode, she'd all but forgotten he existed. Not only did she agree to go on a six-month tour with singer Shy Baldwin, but she ended up in bed with her ex-husband Joel. That makes it seem unlikely that Levi will be in The Marvelous Mrs. Maisel Season 3, debuting Dec. 6, but the actor has been careful to leave the door open to a return.

"I don't know," Levi told Entertainment Tonight in July when asked if he'd be reprising his role as Benjamin for the third season. "I love those guys. I would love to [come back]. But they're very busy and doing what they're doing and I've been super busy with all the Shazam! stuff, so hopefully we can get there." (The actor starred as the titular superhero in Marvel's Shazam!, released earlier this year).

Levi had a similarly vague response while speaking to the New York Post in January. "If I can make it happen, for sure," he said at the time. However, Levi told the Hollywood Reporter shortly after Season 2's debut that he does think Benjamin's relationship with Midge could use a little more closure (in that it wasn't given any closure at all). "I do feel like we spent a lot of time together building that relationship in the [second] season," he explained. "It'd be nice to have an actual face-to-face, 'Hey, where are we going?' because Ben thought he was marrying her and was excited to do so."

Ultimately, it sounds like it's not so much a matter of whether or not there's still room in the story for Benjamin as it is a question of scheduling, and it seems like it wasn't in the cards this time around. Levi's IMDb page doesn't credit him as being in any of Season 3's episodes, and there's no evidence on his Instagram that he filmed with the rest of the cast. He's not even promoting the new season. Of course, that doesn't completely rule out the possibility of a surprise cameo, but interested viewers will just need to watch all eight episodes of Season 3 to see if Benjamin pops up. If not, perhaps something will work out for Season 4.