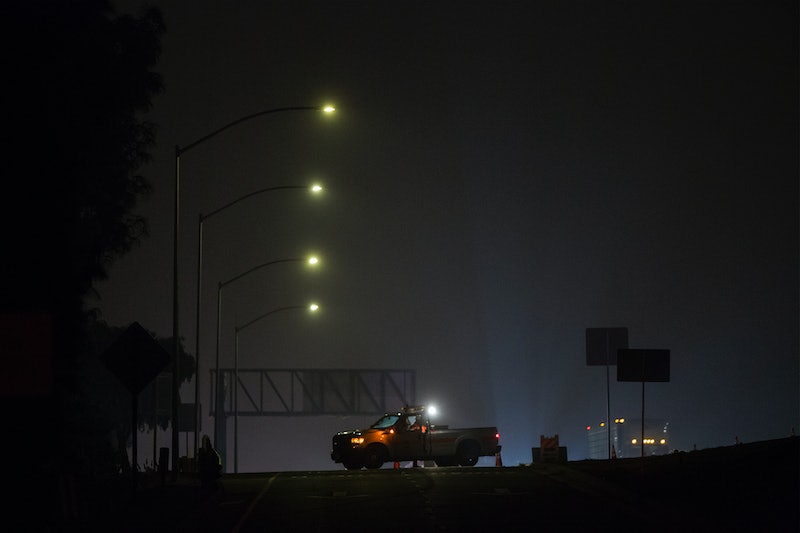 Best friends can be hard to come by, but what happens when the person you thought you could trust the most turns out to be more of a foe than a friend? That's the premise of Lifetime's new original movie Best Friend's Betrayal, which tells the story of Katie and Jess, whose once ideal friendship soon turns into a full-blown toxic nightmare. But is Best Friend's Betrayal based on a true story? It could end up changing the way you look at your bestie from here on out.

However, before you starting questioning your friend choices, it's important to note that the Lifetime original seems to be totally fictional. The premise may feel real, given that friendships can certainly turn sour unexpectedly, but the events that take place throughout the film and the characters introduced don't appear to be based on anything real, even though Lifetime movies often are. Instead, you can just sit back, relax, and enjoy all the drama as it unfolds without getting suspicious about your own besties.

If this thriller sounds like something you'd be interested in, then take a moment to read the film's official synopsis below, to help get a better since of what you'll be getting into.

"Best friends Katie and Jess are inseparable and have always had each other's backs. When Jess begins a new serious relationship, Katie is unsure of the new perfect man and famous crime writer, Nick. She wants to support her friend's newfound happiness but is fiercely protective. Katie's obsession with Jess soon proves deadly and it is up to the recently vilified Nick to expose the bestie before it is too late."

Will Nick be successful in his mission to stop Katie's evil plans? Is Jess able to make it out of this alive? (That "deadly" wording definitely feels like a grim clue of her fate.) Viewers will just have to tune in to see how this all plays out, but it seems clear that there's no lengths that Katie won't go to in order to keep her good friend all to herself — by any means necessary.

It's also worth noting that this title may sound familiar because there's another TV movie with a very similar name. Brian Austin Green starred in a film called A Friend's Betrayal back in 1996, which is described on IMDb as follows:

"Two childhood friends grow up. One has a family and the other has a career. One relationship may make or break a family. Paul, the teenage son, must decide what he wants for his future. While family would like to make that decision for him. Watch as all the truth unravels in this drama/ romance."

As you can see, the plots are completely different, but clearly, having possessive pals is a recurring theme. So, make sure you trust your BFFs before settling in to watch this one — otherwise, you might find yourself rethinking a few things.