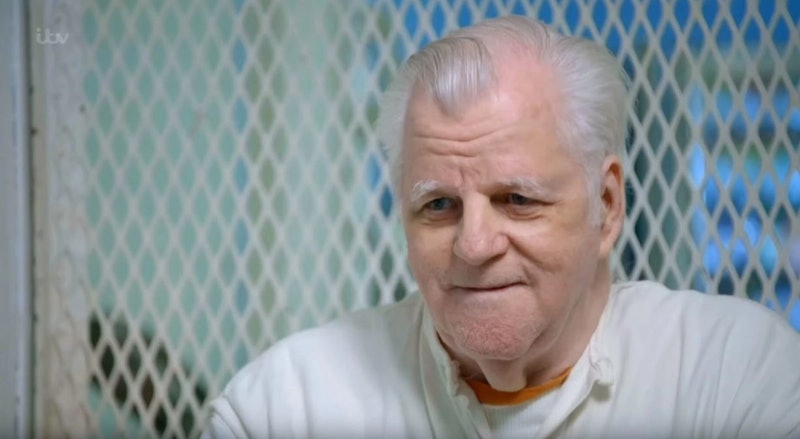 For ITV's new show Death Row: Countdown To Execution, British presenter Susanna Reid travelled to Huntsville Texas in order to meet prisoners during their final days on death row. In episode one, we met Patrick Murphy and heard his story. In episode two, the focus has changed, with a new prisoner and a new case to learn about: Billie-Wayne Coble. But is Billie-Wayne Coble still on death row, and what's the story that led to his conviction? Here's what you need to know ahead of episode two of Death Row: Countdown To Execution.

As reported by iNews, it was 1989, in the town of Axtell, Texas, when Coble is alleged to have killed the brother and parents of his estranged wife Karen. He was caught and convicted of capital murder in 1990, CBS News reports, but in 2007 "the 5th U.S. Circuit Court of Appeals ordered a new trial on punishment." Colbe was awarded a retrial, which took place in 2008, CBS reports, but the jury once again sentenced him to death. After the trial was over, the Houston Chronicle reports, one of Coble's attorneys is reported to have said: “He is now 70 years old, in poor health, and has an almost blemish-free prison record for the past 30 years ... His execution would serve no valid purpose.”

In episode two of on Death Row: Countdown to Execution, which will air on ITV1 on Tuesday, June 25 at 10:45 p.m., according to the Radio Times, Good Morning Britain's Susanna Reid comes face to face with Coble himself during quite literally final days of the prisoner's life.

Colbe died by lethal injection on Thursday, Feb. 28, 2019, as The Mirror reports. According to the newspaper, he was the oldest man ever to have been executed in the state of Texas.

During the ITV show, Reid asks Coble how he feels about dying by lethal injection, to which he replies: "Death is a death. A person said one time 'that's a horrible way of dying'. I said 'what is a good way? Could you tell me what a good way is to die?'" Prior to his execution, he seemed to have no qualms about death, professing that, "The longer you live, the easier it is to accept death."

He seemed to show no remorse for his actions either, as he told Reid: “To some people it matters. To me it really no longer matters.” And when pushed further, he replied: "OK, if you want me to give some type of, like, rehearsed apology or something, I mean, I've already said that I regret what happened."

As the BBC reported on March 2 2019, following Coble's execution, two men were arrested at the scene, who were later reported to be his son Gordon Wayne, and grandson Dalton. The pair allegedly began shouting profanities, and became violent as they witnessed Coble's execution. Officers then reportedly intervened before their arrest, and both men were released on a bail of $1,000.