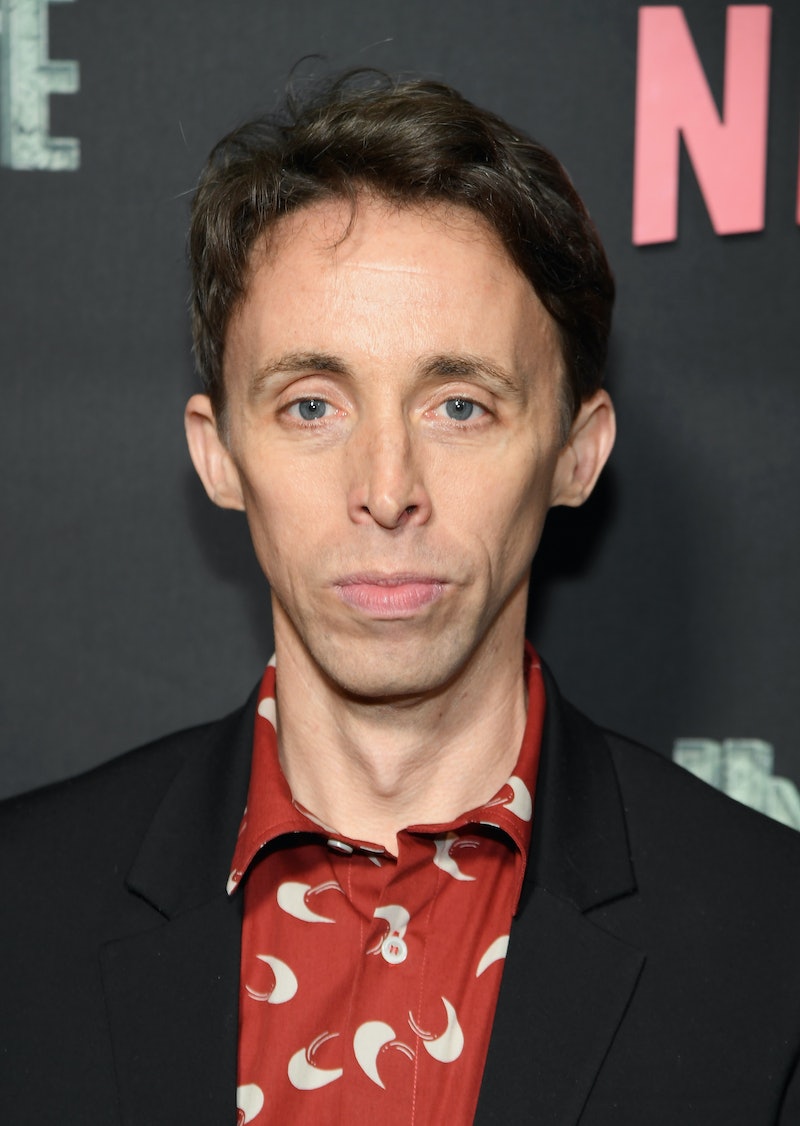 Light spoilers ahead for GLOW Season 3. GLOW may first and foremost be about women's wrestling, but Season 3 also makes a point of showcasing the glitz and glamour of Las Vegas — including the unforgettable drag show act of Bobby Barnes (Kevin Cahoon). His impressions of Liza Minnelli, Carol Channing, Barbra Streisand, and Evita are some of the best moments in the season. And that's thanks in part to the fact that, according to Broadway World, Bobby is loosely based on a real person: Kenny Kerr, whose legacy undoubtedly helped inspire Cahoon's spot-on performance.

If you're unfamiliar with his history, Kerr was a drag pioneer and one of the first female impersonators to perform on the Las Vegas Strip in 1977. Though he died in April 2012 at the age of 60, his iconic performances and "Boy-Lesque" show are renowned to this day, with the Las Vegas Review Journal writing that "Kerr's impressions of Cher and Barbra Streisand were matched by his comedic skills as the show's saucy host."

That certainly sounds a lot like Cahoon's Bobby Barnes, who stars in and runs the Fan-Tan Hotel's drag show, Icons, and befriends some of the GLOW ladies after they attend during one of their free nights off.

"Female impersonation at that time in Las Vegas was a huge, huge thing. This is pre-Drag Race and it feels like a completely other art form than what Drag Race is," Cahoon told Broadway World of his storyline. "They were navigating a fine line of you know, will mainstream audiences accept me, or will they not accept me? It was a whole other world then."

Much like it was in real life, it isn't all sequins and fun, flashy outfits for Bobby. While throwing his annual underground AIDS fundraiser, which received a lot more press and publicity than usual thanks to Debbie, a fire is started and the party flees outside only to find hateful slurs graffitied everywhere. The moment shines a harsh spotlight on the hatred and cruelty directed toward the LGBTQ community, which, though still relevant today, was especially bad at that time. But while daring to be different in a world full of unaccepting people can be scary, Bobby refuses time and time again to let that prevent him from being who he is.

It's the kind of arc you might not expect to see on a women's wrestling show, but that's the great thing about GLOW: it uses entertainment and spectacle to tackle (sometimes quite literally) serious topics, whether it's subverting cultural stereotypes or highlighting gender inequality. (Debbie's storyline as a producer is particularly illuminating this season.)

It's unclear if Bobby will continue to be on the series — GLOW has yet to be renewed for Season 4 — but he would certainly be a welcome presence. He was a highlight in Season 3, and now that he's been introduced, it's difficult to try and envision the show without him in it. Let's hope we won't have to.