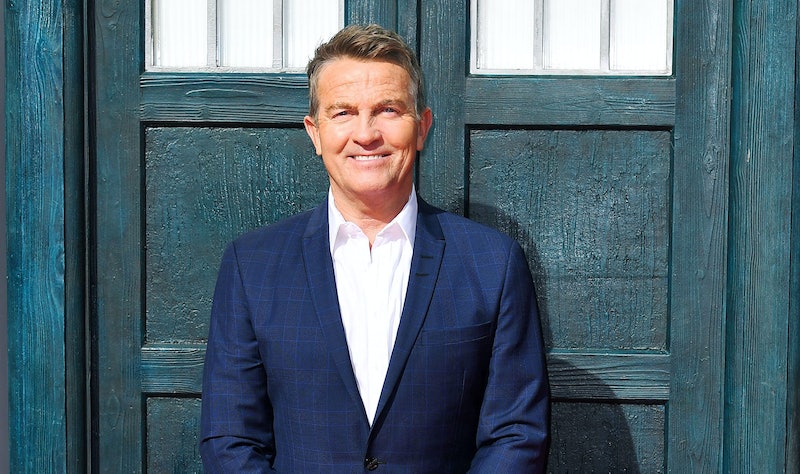 Bradley Walsh is a household name. He was all over our screens this festive season with Take Off with Bradley & Holly on BBC One. Hosting alongside Holly Willoughby, Walsh offered audience members the chance to win the Christmassy trip of a lifetime to lapland. He brightens up our afternoons presenting The Chase and offered some of the most memorable and hilarious TV moments from the decade. But is Bradley Walsh married? He has done a little bit of everything, from joining Jodie Whittaker in Season 11 of Doctor Who to releasing an album in Nov. 2017 but does he have a leading lady off-screen?

Well, it turns out, yes he is. Walsh is a married man and has been happily married for more than 20 years. He got hitched to his wife Donna Derby in 1997. While the actor has a daughter from a previous relationship, Hayley, Walsh and Derby also have a 22-year-old son together called Barney.

Now, if Derby looks at all familiar to you, it's because Walsh isn’t the only famous face in their family. You see, Derby has also had a brush with fame herself. This Morning presenter, Holly Willoughby revealed on Instagram that Derby, who used to work as a professional dancer and choreographer, was actually one of the "original Robert Palmer girls." Way back when, she appeared as a backing dancer in the music video to Robert Palmers' 'Simply Irresistible', which was a massive hit in the '80s. Check out the video below:

These days, you're more likely to see Derby walking the red carpet with her hubby Walsh and their son Barney rather than in a music video. The family are often spotted out at events together and look like they have a great time. Personally, I can’t get over how much Barney looks like his dad.

Although Walsh doesn't go into too much detail about his private life during interviews, he's made it clear how important his family are to him. When he was asked by Huff Post what he tries to bring to his relationship he said: "I try to bring love, stability, and reliability. And a shoulder to cry on, or a shoulder to lean on."

On the odd occasion, Walsh has spoken candidly about the importance of his wife and children. Whilst he is definitely a hard grafter, when questioned by Huffpost about what makes him happiest, he didn’t say the A list appearances or nailing the big roles. Instead, he said: "What makes me happy is when I’m sitting in Portugal, where I have a home, and sitting on the beach, watching the people go by and watching the waves, surrounded by my family. That’s my haven, that’s what makes me really happy."

Well, that’s got me in the feels.

So, when you are releasing a new music album, hosting a game show, or are about to become one of the Doctor's companions in Doctor Who, what exactly keeps your feet on the ground? According to Walsh, it's his family. He told the same site: "Definitely my family, my wife especially. Without a shadow of doubt."

They are serving some serious couple goals, if you ask me.