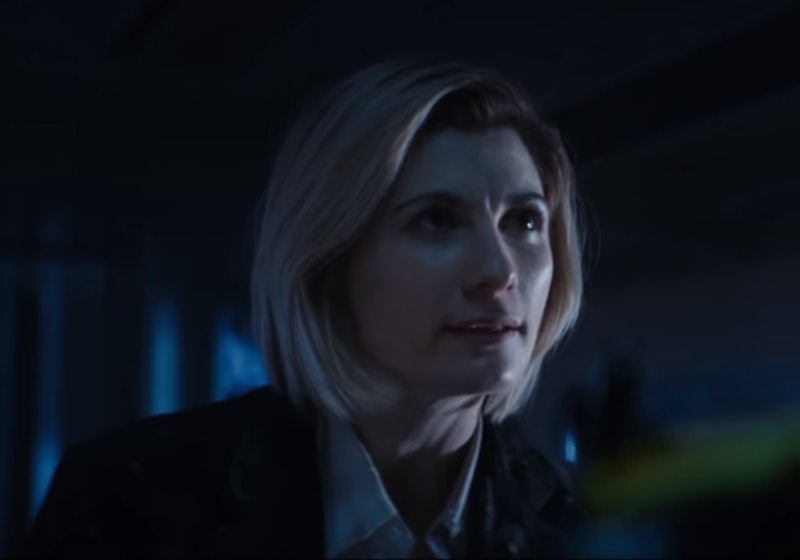 To paraphrase the Doctor, this is brilliant, indeed. The BBC has released a scene from Doctor Who's Season 11 premiere, and it features the show's first female doctor rediscovering that she's a woman in the most nonchalant manner ever. Clearly suffering from a case of post-regeneration memory loss, Jodie Whittaker's Doctor meets two of her new companions on a dark train. One of them, Yaz, addresses her as madam, prompting the famed Time Lord to ask her why she's calling her that. When Yaz responds that it's because she's a woman, the Doctor has the perfect reaction.

She looks momentarily shocked before grinning. "Am I? Does it suit me?" Welcome to a new era, Whovians, because Whittaker has arrived.

Even though the clip is short, it manages to unload the perfect amount of information. The Doctor is dealing with some memory issues (she can't remember the word for tongue), something potentially dangerous is happening on a dark train, and even though she doesn't know who she is, she's already dazzling two of this season's new companions, a police officer named Yaz, played by Mandip Gill, and Tosin Cole's Ryan. (Not seen the clip is the Doctor's third announced companion, Bradley Walsh, who's set to play Graham.)

According to Entertainment Weekly, the season premiere is titled "The Woman Who Fell to Earth." Like most of the new Doctor Who's season premieres, it will take place on Earth — in a South Yorkshire city to be more precise. The episode will find Yaz, Ryan, and Graham's lives all forever changed when the Doctor quite literally falls from the sky and into their orbit.

Because this is Doctor Who, the Doctor's temporary amnesia will add another wrinkle to the story. It seems that even as she's moving with confidence, her inability to remember her own name might not inspire immediate loyalty from her human friends. Still, a pesky little thing like not remembering who she is won't stop the Doctor from saving the world, so expect her new trio of pals to be awed by the end.

The only thing missing from this intriguing clip is the TARDIS. At the end of Season 10, the TARDIS went haywire and tossed the newly regenerated Doctor out, leaving her to plummet to Earth. So far, all of the promos have been coy about the TARDIS and its whereabouts, but surely it will be reunited with the Doctor as soon as she remembers who she is.

While many of the details surrounding Season 11 are as uncertain as the whereabouts of the TARDIS right now, fans won't have to wait long for answers. The historic season kicks off on Sunday, Oct. 7 at 1:45 p.m. ET on BBC America to coincide with the premiere across the pond in England. That means viewers are just a week away from properly meeting the first female Doctor in the show's 50 plus year history.

The good news is, Whittaker has already made a confidant and funny first impression that makes us pretty certain that being a "madam" will suit the character just fine.