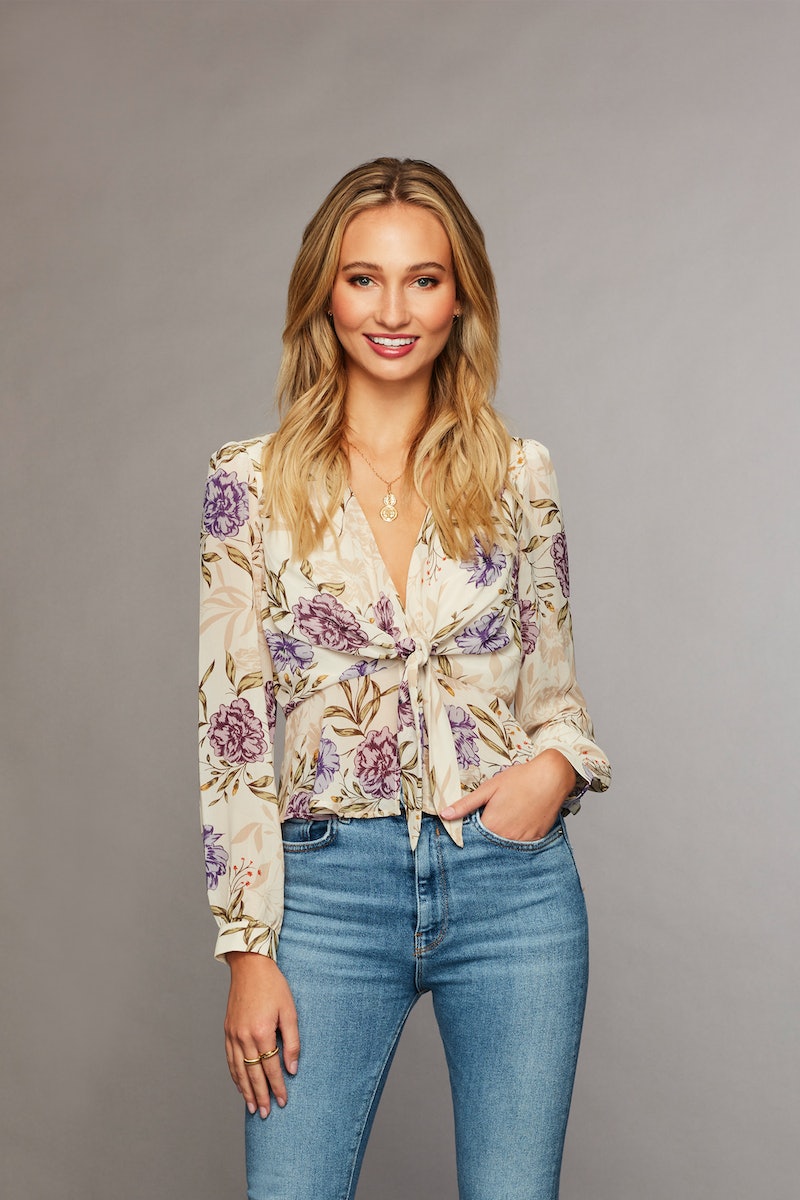 Bri rose (get it?) to Bachelor fame before this season even started thanks to her limo exit. The Bachelor Twitter page posted a sneak peek of Bri faking an Australian accent to stand out on Colton's season, and the internet couldn't stop talking about her bold move. But now that the show has long since finished filming, fans want to know if the stunt really worked or if Bri is single after The Bachelor.

In the now-iconic clip, Bri walked up to Colton and said, "So nice to meet you," in a pretty decent version of a Australian accent. Then she... technically didn't lie when she told Colton that the accent was Australian. She never specifically said she was Australian. She went on to tell Colton, "I was hoping that you're kind of a sucker for accents. I didn't know what you'd think about it."

Colton said he loved it, and her good first impression was solidified. Only it was a giant lie, because Bri later revealed to the cameras, "I'm not really Australian, but you have to do what you can to stand out."

But if you'd have thought Bri dug herself into a hole she'd never be able to get out of, you'd be wrong.

While the premiere itself never showed the resolution, a deleted scene released later showed Bri revealing her true self to Colton. She explained that she was actually from LA, but that she liked doing the Australian accent for fun and as an ice breaker.

Colton didn't seem too bothered by her white lie, and he ended up giving her a rose later that night. And he also gave Bri another rose at the end of Episode 2. Clearly he's into her enough to keep her around for the first three episodes. But did he like her enough to put a ring on it at the end of filming?

All signs point to no. While Colton didn't mind Bri's Australian trickery, the fact that the producers didn't include that scene in the initial episode shows that she probably doesn't make it that far. If she won the whole thing, producers would certainly want her night one footage to appear in the episode. Glossing over her talk with Colton isn't a good sign for her future on the show.

Her Instagram also offers a look at her potential relationship status after the show. For one, she's not really been over the top posting about the show. If she'd gone on and won, don't you think she'd be more excited about breaking the news that she'd be appearing this season?

She's posted three photos from the show, all with pretty generic captions, like one about how you should tune in to the show and one about surprise! she's speaking in an Australian accent. There are no veiled references to how great Colton is or how the show changed her life.

There's no telling when she'll be sent home, but she probably will be. And if she's started dating anyone since filming concluded, she's keeping it a secret. Most of her Instagram is just modeling photos or group shots with her besties — no significant other in sight.

But when she does meet Mr. Right, here's hoping he's into Australian accents.