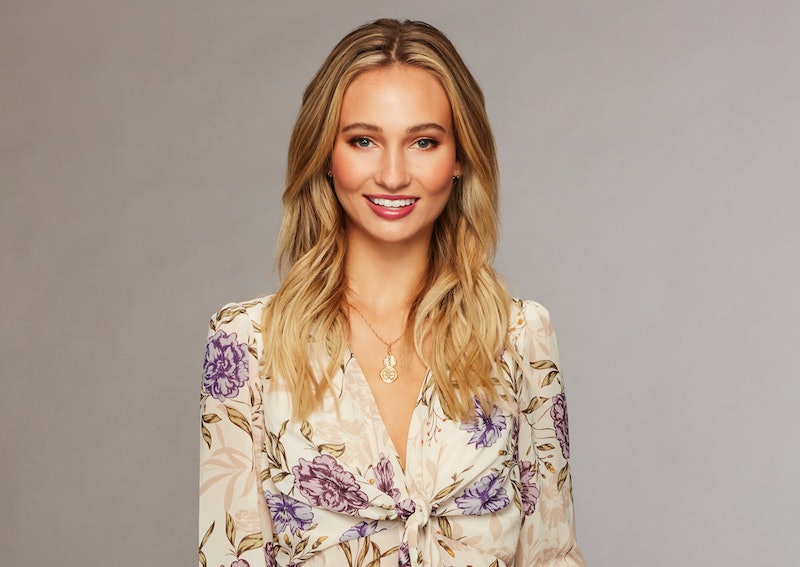 A new Bachelor season is upon us, and you know what that means! It’s time to sort through the new cast’s biographies and see who Colton will be working with. This year, the women hold positions everywhere from from social media managers and dental hygienists to hip-hop DJs and NBA dancers, and more. There are also plenty of models this season on The Bachelor, including one Southern California resident named Bri.

Bri is actually Brianna Barnes, per Cosmopolitan, and her Instagram feed is currently restricted to followers only. She is at least a little well-known, even though we can’t currently see what her social media holds. She has nearly 35,000 followers, which suggests that her account is newly private in the wake of her Bachelor casting. Her Insta bio divulges that she’s represented at the Newmark modeling agency in Los Angeles. A look at her page over there shows everything from swimsuit shoots to fragrance ads and casual wear.

And… that’s about it! There’s not much more to be found online about Bri or her career, but she seems to be established in her modeling career. Her bio includes a few of her interests — soccer, hiking, camping, and snowboarding — but otherwise predictably stays mum about more details regarding her life. Fans will have to tune in, as always.

Bri isn’t the only model vying for Colton’s heart this season. Tahzjuan, another contestant, makes her main living as a business development associate at Lyft, according to Cosmo, but also models in her free time. The site also reports that Demi models when she’s not working as an interior designer, and Hannah’s website says she’s “combined modeling with photography to become an influencer.” Kirpa is a dental hygienist at her dad’s dentistry business, but also has a modeling portfolio up at TGS Talent’s website.

Bri might be the only one who models full-time, but it’ll be pretty unclear exactly what most of these women’s career plans are until we hear from them one the show starts. One thing is for sure, though — models have graced the Bachelor franchise with plenty of entertainment, particularly in the form of Bachelorette contestant Jordan. Will anyone this season live up to his meme-able catchphrases and aggressive self-love?

Colton’s career is one that likely wouldn’t hinder any aspirations of his potential future partner. He’s the founder of a nonprofit that supports Cystic Fibrosis research, and appears to still be heavily involved in the day to day functions of the organization. He’s also had stints on a couple NFL teams’ practice squads in the past, though he never actually played a game in the league.

And he’s ready to find someone solid, especially after the drama of Becca’s Bachelorette season and the chaos of his fling with Tia on Bachelor In Paradise. “This is the perfect time in my life to do this,” he told People magazine. “I’m so unbelievably happy with myself and now I can focus on finding my wife. I’m so excited to find that. My heart is 100 percent healed and I’m going to give this my all. And hopefully I’ll come out of it engaged!”

Only time will tell who catches Colton’s eye, but he’s certainly got plenty who will be striking poses as they try.