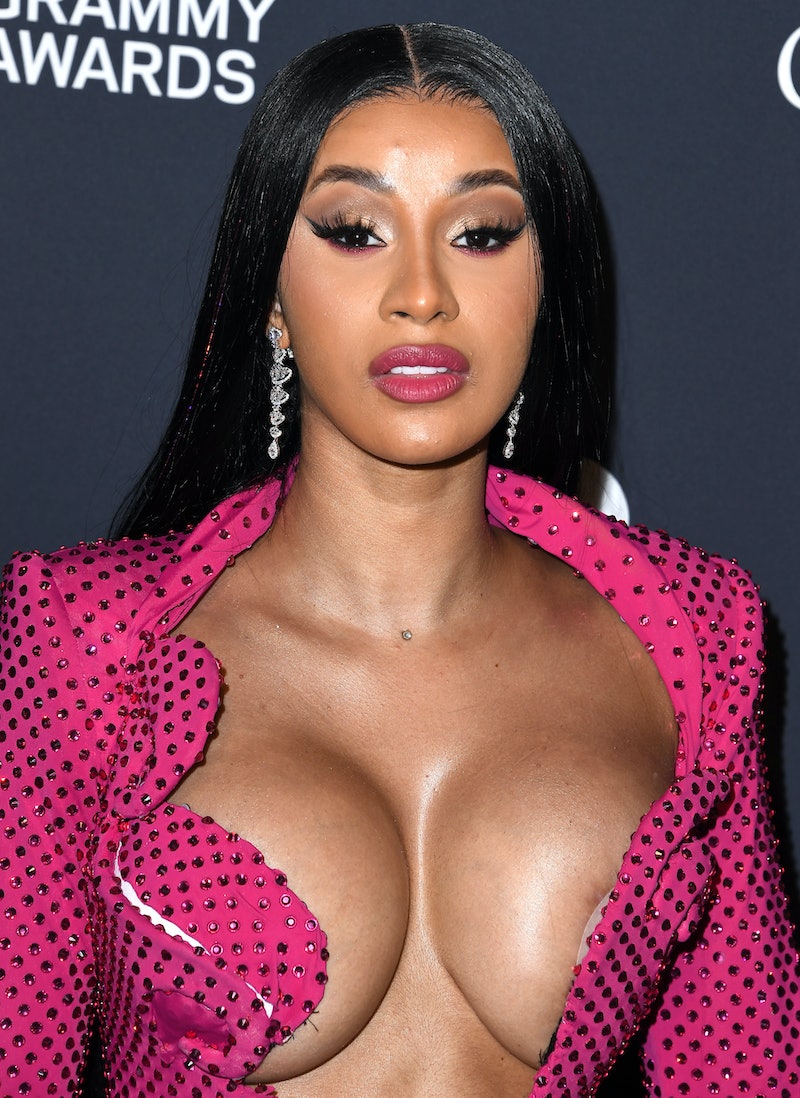 One year after making history at the award show, it's unclear if Cardi B will attend the 2020 Grammy Awards. Cardi B is nominated for "Best Rap Performance," but she isn't on the list of performers for the night. Earlier in January, Cardi B and Offset received a "Best Rap Performance" nod for "Clout", as per CBS, but compared to last year's five nominations, it's unclear if the nom will merit appearing at the event.

Back in 2019, Cardi B won Best Rap Album for Invasion of Privacy, making history as the first-ever woman to take home the award, according to Buzzfeed. The rapper also performed her hit "Money" during the show, but she isn't included on this year's roster of performers. On Saturday, Cardi B and Offset attended a pre-Grammy party hosted by Clive Davis in Beverly Hills, California, but it's unclear if their attendance at the event means the couple will appear at the award show.

Artists who will perform at the 2020 Grammy Awards include Ariana Grande, The Jonas Brothers, Demi Lovato, and others who released new music in 2019. Usher and Sheila E. Will perform a tribute to Prince, who died in 2016, and a performance of "The Body Electric" from Fame will feature John Legend, Camila Cabello, Cyndi Lauper, and more, as per Billboard. Meanwhile, Alicia Keys will reprise her role as host of the show, and break-out stars Lizzo and Billie Eilish are also slated to perform as well.

It's been a busy couple of years Cardi B, who dropped her debut album, Invasion of Privacy, in April of 2018. Then, in July of 2019, Cardi B gave birth to daughter Kulture Kiari Cephus, according to Billboard. Last year, the star focused on film and television projects, appearing as a judge on Netflix's hip-hop competition Rhythm and Flow, and taking on a role alongside Jennifer Lopez in the film Hustlers.

In November, Cardi B revealed she's refocusing on music, and that a new album is underway. "My album is on my mind 24/7," she told Billboard. "It's practically all I'm focusing on." The star admitted to having doubts about the process, saying, "There's certain music that I want to do, but I feel like, is people interested in that?" And she discussed getting back to trusting her own musical instincts, clarifying, "I cannot just go with what's hot. I still gotta go with what I want to do."

During the several months, the rapper hit many personal and professional milestones, but ultimately released less music in 2019 than in years prior. Even so, given her "Best Rap Performance" nomination and being one of the big winners at the 2019 Grammy Awards, the rapper might still attend the event. If Cardi B doesn't appear at the award show, her forthcoming sophomore LP suggests she could be be back on stage next year.