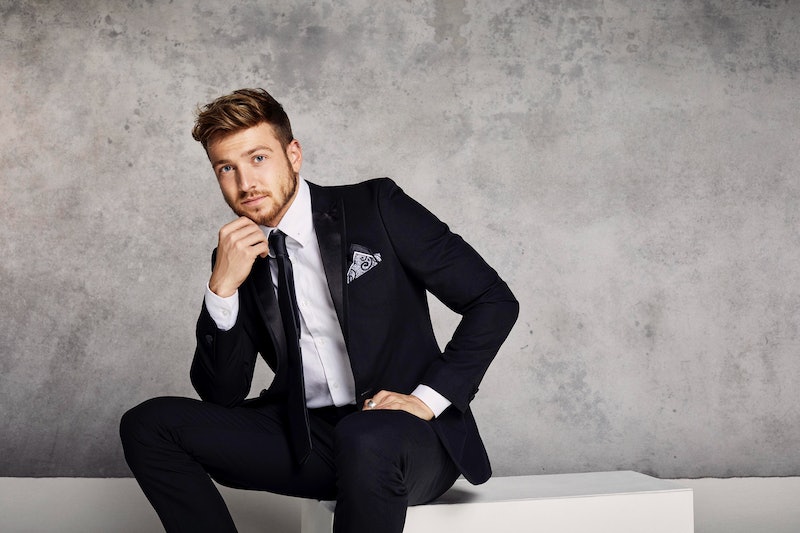 Another series of Celebs Go Dating is upon us, and with it comes another batch of famous faces on the look out for love. The sixth series of the E4 dating show boasts a lineup of names that hail from the worlds of pop music, reality television, and soap operas. However, during previous seasons, there have been claims from former cast members that allege that segments of the series are scripted. So, are the claims true? Is Celebs Go Dating scripted?

Well, it's worth noting that the allegations were based on comments made by former participants, and are indeed nothing concrete. I have reached out to the broadcaster for clarification, and will update you with any information once it becomes available. According to The Sun, initial claims that parts of the show are scripted came from Ferne McCann, who appeared in the 2017 series of Celebs Go Dating. After receiving backlash from viewers following an awkward date, the Only Way Is Essex star posted a bombshell response on Twitter. It read: "Wohhhhh all the gold digger and materialistic tweets...the pieces past camera (in between dates) are scripted." The reality TV star later deleted the tweet, but it left many fans wondering if her accusations were true.

And McCann isn't the only Celebs Go Dating alumni to have made such a claim, because former contestant Amy Leigh Walker, who starred in the 2018 edition of the hit dating series, has also previously hinted that segments of each episode are somewhat set up by producers. When asked by Reality Titbit about the claims, the model revealed: "I wouldn’t say anything is scripted but you are asked to bring up certain things. In my interview, before I joined Celebs Go Dating, they asked what my favourite sex position was."

Walker then explained how producers are ultimately looking to make the very best show possible. She added: "They then told me to bring that up during my date with Cal. It’s all about making good TV. There was also that moment on my first date where I did all sorts of ridiculous sex poses. The producers asked if I was going to be comfortable doing it and sort of prodded me do it. There’s no way I’d be doing that sort of stuff on a first date!"

Joining the show this time around is dating expert Anna Williamson, who will be helping Paul Carrick Brunson in the celebrity dating agency. When speaking to Digital Spy about her new gig, Williamson opened up about replacing the show's former dating experts, and revealed how she will approach the task of finding this year's celebrities the perfect dates. She said: "Nadia [Essex] is and was terrific. I was a huge fan of the show before and I was an enormous fan of Nadia, as I was Eden as well. It can feel a bit bittersweet to get the job or be the new person in a role that I really liked as a viewer. I just hope [the viewers] will come on board and see that I am going to do things slightly differently. I am going to do things Anna's way. I'm all about moving forward, not back."