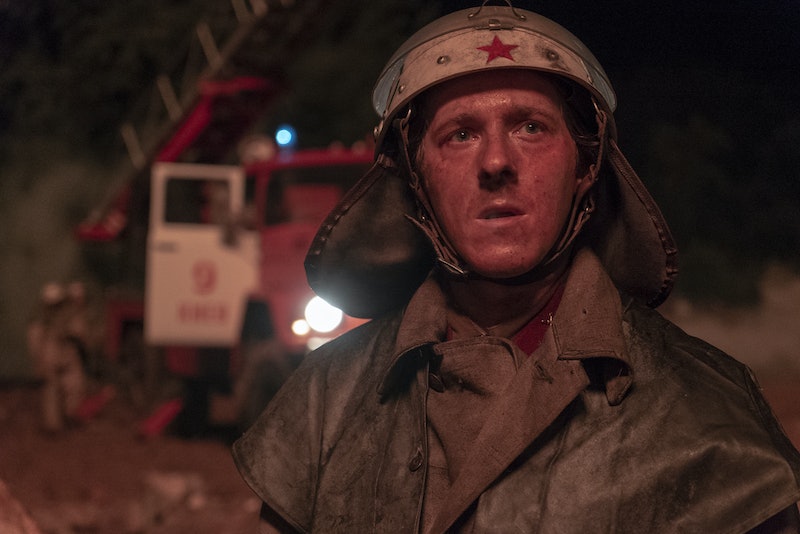 The HBO mini-series Chernobyl is a tense look at one of the most devastating events in human history and the dangers that come with trying to harness nuclear energy. The Chernobyl area and the nearby town of Pripyat were forever changed, but while the site of Chernobyl is not safe to live near, curious minds can still visit the area and get a sense of the tragedy that was brought about during the accident. Without having to suffer the same consequences that the firefighters that tried to put out the nuclear reactor fire had to face, of course.

According to Our World In Data, 31 people died in the initial Chernobyl explosion and two others died from blast effects. The true danger of the explosion, however, was not the explosion itself but the lingering radiation. After the blast, 29 firefighters who were called to the scene died from acute radiation exposure they had acquired while on the site of the explosion. In the 30 years since the number 4 nuclear reactor at the Chernobyl Nuclear Power Plant exploded, various estimates from the World Health Organization place the total number of deaths caused by the direct effects of the Chernobyl explosion around 4,000.

Radiation scientists Ian Fairlie and David Sumner placed their estimate of Chernobyl-related deaths between 30,000 to 60,000 due to cancer deaths later on brought about by the radiation. While the long-term effects of those who had been exposed to radiation are scary, it's still possible for tourists to visit the abandoned Chernobyl site and the now empty town of Pripyat with proper supervision.

The service Chernobyl Tour guides visitors through the Chernobyl area, but does not make light of the danger that comes with entering the Chernobyl Zone. The tour service claims that the only section that still has high levels of radiation is the immediate area around the Nuclear Power Plant, and forces customers to sign onto a strict guest code that ensures visitors to the site will wear clothing that covers their full body and prohibits visitors from interacting with any buildings, trees, or wildlife in the area, sitting down on the ground, or straying from a dedicated guide.

Justin Francis, CEO of the company Responsible Travel, told The Independent that the biggest risk factor of visiting Chernobyl is not actually the radiation, although that is still a present threat. "The main danger is unsafe structures which have been deserted for 30 years, and lots of metal has been stripped away," Francis said.

While it might be safer to visit Chernobyl now, scientists are still uncertain about when Chernobyl will be truly free from radiation exposure, if at all. Estimates place the number of years that it will take for Chernobyl to become habitable again between 180 and 320 years. While Chernobyl lives on as a story about the risks of radiation and nuclear power and as a tourist attraction, it is incredibly unlikely that people who are alive today will see Chernobyl become a location safe for long-term settling.

More like this
Laenor’s Fate On House of the Dragon Differs from The Book In One Crucial Way
By Kadin Burnett
Rhaenyra's Sons May Not Last Much Longer On 'House Of The Dragon'
By Grace Wehniainen
Did 'Grey’s Anatomy' Just Drop A Major Taylor Swift Easter Egg?
By Grace Wehniainen
How Much Are The 'Schitt’s Creek' Stars Worth?
By Hugh McIntyre
Get Even More From Bustle — Sign Up For The Newsletter