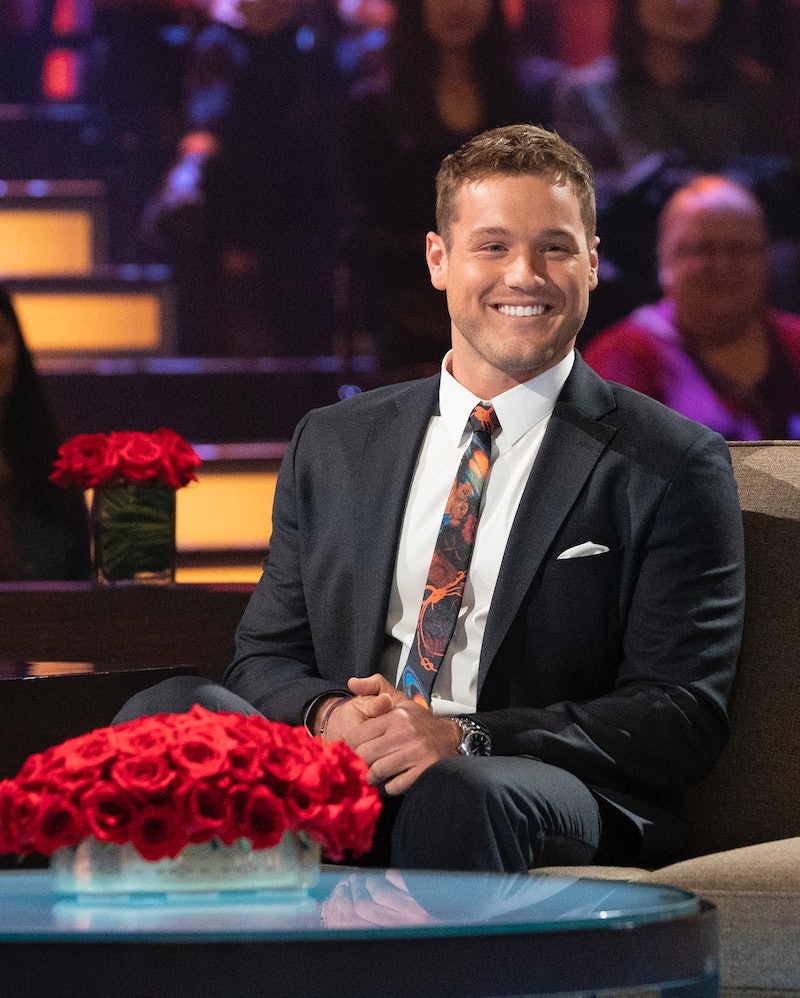 With The Bachelor finale just hours away, fans are more anxious than ever to find out what exactly happened in the aftermath of Colton's highly anticipated fence jump. He made it clear last week that he wanted to be with Cassie at the end of this, but since she ended up leaving in the middle of their Fantasy Suite date, is it possible Colton is single after The Bachelor? Or will he try to make it work with either Hannah G. and Tayshia?

Considering how in love Colton is with Cassie — so much so that he leapt over a fence immediately after her departure — it would be extremely surprising for him to turn around and get engaged to anyone else. So the odds of him continuing on with either of his other two relationships seems very unlikely. That means the rest of the season could play out in one of two ways: either Colton will attempt to win Cassie back, or he ends his journey alone and still single. Obviously, Colton isn't at liberty to reveal specific details about his current relationship status, given that it would potentially spoil the ending. So if you were hoping Colton's Instagram would provide some insight, think again. Yes, he posts about the show, but nothing that reveals his current love life.

That being said, he has made a few comments on the subject that can help shed some light on the matter. "I want everybody to go on this ride and this journey with me, so I don't want to spoil anything and I don't want to give anything away," Colton explained during an interview with The Hollywood Reporter back in January. "It was challenging and it was hard at times. I knew it was going to be hard at times and I embraced it and I loved the fact that it was. But I will say, I'm exactly where I need to be in my life right now."

Given how cryptic he's trying to be, fans are bound to read into Colton's words differently, but it certainly seems like things work out for him in the end. He doesn't appear to regret what happened, which makes you wonder if the fence jump could lead to something happier down the line.

Another hint about Colton's current relationship status came out last week when Colton was spotted leaving an Altadena, California gym with musician Jake Miller and actor Gregg Sulkin, the latter of whom is currently dating Cassie's sister, Michelle Randolph. Many fans have taken this as a spoiler that Colton and Cassie end up together, despite the fact that she just left the show and was unable to give Colton the commitment he was looking for. But while the photos of Colton with Sulkin do seem to suggest that he and Cassie are an item (though probably not engaged), it's important to remember it's also not a full-out confirmation of anything. It could be just coincidence that he and Sulkin are friends, or that he and Cassie are on good terms, though not together, and he met him that way.

Until we hear the truth from Colton and Cassie themselves, all we can do is wait and see how it all plays out.