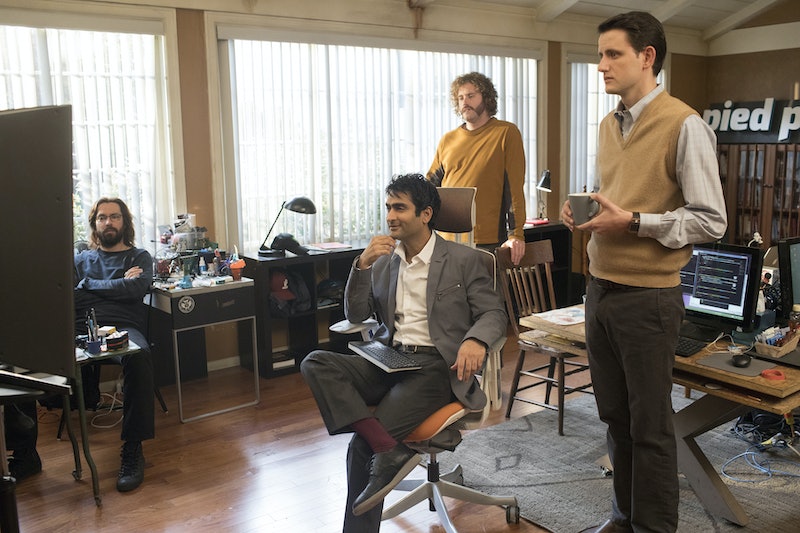 The guys of Silicon Valley have gotten themselves in deep trouble before, but nothing has involved them playing with fire more than Piperchat violating the Children's Online Privacy Protection Act. COPPA is a real law passed in 1998 that "imposes certain requirements on operators of websites or online services directed to children under 13 years of age." Whenever you're watching a commercial for a website that encourages children to "ask your parents' permission before going online," that's just a small part of COPPA at play. COPPA is also why most websites require that users be 13 or older. On Silicon Valley, Piperchat neglects to follow the COPPA guidelines, and it creates some major problems. Twenty-one billion dollars worth of problems, to be specific.

A meeting with the company's shady car-wash employee/lawyer reveals that Piperchat is in "gross violation" of COPPA. Jared, ever the math-lover, estimates that Piperchat has 51,000 underage users, and that each user has an average of 25.6 chat sessions per user. Each chat session results in a $16,000 fine for the company, which is how Piperchat goes from the top of the videochat game to being open to being fined an amount "the size of a small nation's GDP" as Dinesh estimates. Silicon Valley did its math, but the reality of that number may not match what an actual fine would look like.

That looks bad, but the reality of the situation likely never would've escalated to such heights. For a reference of what real-life COPPA enforcement looks like, look no further than the mid-2000s middle-school web diary Xanga. In 2006, Xanga became the object of, at the time, the largest ever COPPA-related civil penalty. The fine? One million dollars. Still a lot of money, but nearly nothing compared to what COPPANOW estimates could've been up to $27 billion if they had been fined the previously maximum amount of $16,000.

COPPANOW uses Xanga and other COPPA cases to determine that the average fine for violation of COPPA is just $2.28, meaning Dinesh likely would've owed about $3 million. Still a lot by anyone's standards, even in Silicon Valley, but not a life-ruining amount in the tech industry. At the end of the episode, Dinesh allows Piperchat to be taken over by Gavin Belson of hooli, with the hopes that hooli will have to take the hit instead of Dinesh — but it likely won't end up being the hooli-sinking strike that Dinesh is hoping for. While it's all played for laughs, the gang's panic over COPPA is a great reminder to every tech employee to be extra careful when it comes to putting together those Terms & Services, or you may end up cowering in the fetal position in a bathtub with your lawyer's car wash uniform on just like Dinesh.