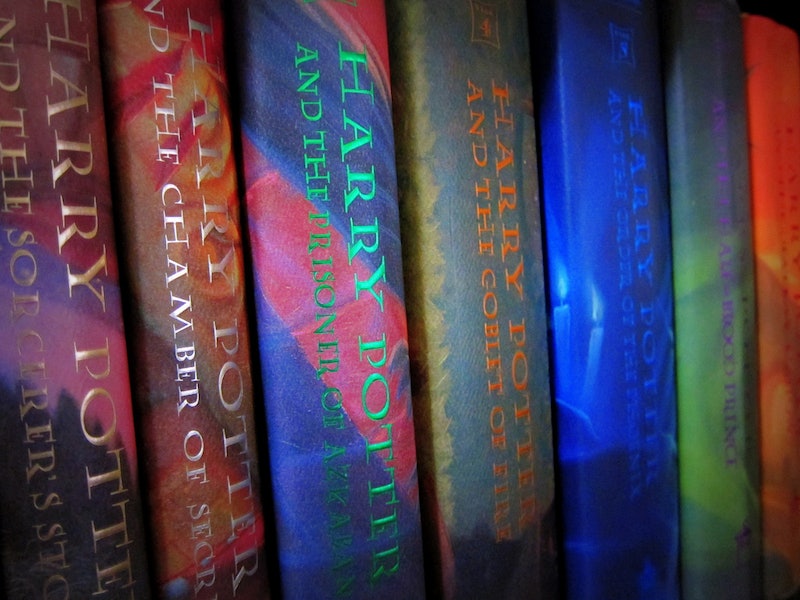 Everyone always talks about how great being a kid in the '90s was. Don't get me wrong — I love Hey Arnold! as much as the next gal — but being a pre-teen in the early 2000's meant experiencing just as amazing an era of style, media, and self-discovery.

It's pretty wild to think 15 years have already passed since the start of the new millennium. The world changed so much in such a short amount of time: Technology exploded and suddenly everyone had a laptop and a cellphone; 9/11 united a country and shifted the political landscape; music and film became accessible like never before. We weren't even teenagers, but we were there to witness it all while we were just figuring out how to deal with our first zit.

Looking back on the early 2000s (memories of asking my mom if I could start shaving aside), it was a truly unique time that I am so thankful to have experienced. If this era holds a special place in your heart too, here are 10 reasons to be glad you were coming into your own during that era that will get the nostalgia flowing.

1. You Had The Best Gadgets

Before everything was boiled down to an app, handheld games and gadgets reigned supreme. HitClips, Tamagotchi, and Password Journal, anyone?

2. Rory Gilmore Was Your Role Model

She inspired us to study, make friends, and wear lots and lots of turtlenecks. Rory Gilmore was the ultimate cool teen girl we all aspired to — unless you were more of a Paris, that is.

3. The Mall Was A Wonderland

The mall was one of the first places we were allowed to go without parents, and we made the most of it. Deciding whether to hit Limited Too or Bath & Body Works first was always a tough call. In the end, your allowance was only enough for a Blizzard from the Dairy Queen at the food court anyway.

4. You Remember An Age Before iPhones

These days, you're likely to see a baby with a cellphone. (I'm exaggerating, but you get what I mean.) Back then, you were considered lucky to get a T-Mobile Sidekick for Christmas. Instant messaging was the main mode of communication. Even now I miss choosing an icon and writing a deep away message.

5. The Internet Taught You Everything You Know

Having access to the Internet meant suddenly having a world of knowledge at your fingertips. Though this meant being able to educate yourself about topics like puberty and sex, I know I personally Googled "how to tell if he likes me" most regularly of all.

True, video games have been around for decades. But with the release of the Playstation 2 and Xbox in 2000 and 2001 respectively, video games became an entirely new breed of entertainment.

There's no need to be ashamed! People can doubt Uggs all they want, but anyone who has ever tried on a pair has to admit it's like having two of the world's softest clouds hug your feet.

8. It Was A Golden Age Of YA Literature

Although '90s kids got to see the beginnings of the Harry Potter phenomenon, the early 2000s is when the fandom hit its stride. Add to that things like Twilight mania and flawlessness that is The Princess Diaries, and you've got a recipe for something fantastic.

9. You Expressed Yourself On LiveJournal

Early blogging platforms like LiveJournal and Xanga were perfect for anonymously talking about your life as dramatically as possible. If you remember your usernames, I highly recommend going back and having a look. I guarantee you were adorable.

True, there are some seriously awesome ladies on the scene today, but the early 2000s were a special time all their own: Destiny's Child reigned, "The Diary of Alicia Keys" was released, and songs like "1000 Miles" by Vanessa Carlton were the anthems of a generation (bonus points if you still remember all the words).