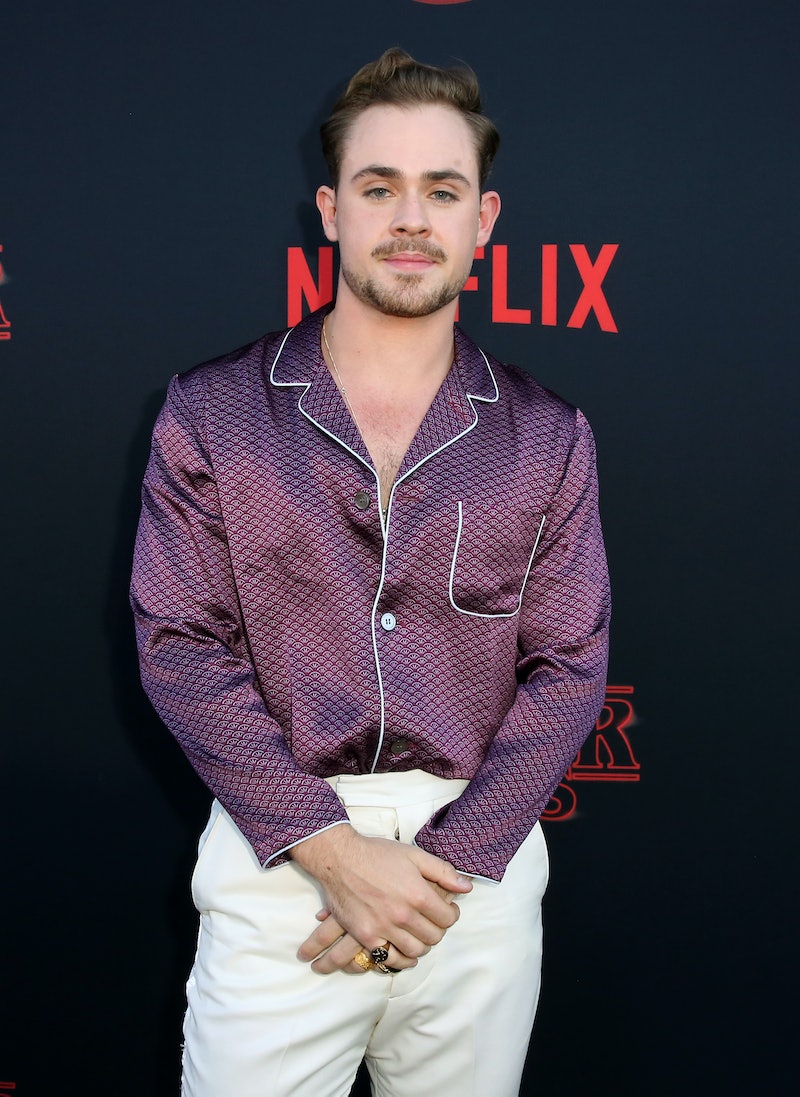 Ever since Season 2 of Stranger Things, fans of bad boy Billy Hargrove (or at least his chiseled abs) have wondered if actor Dacre Montgomery is single in real life. Sorry to inform those still hoping to shoot their shot, but, as of 2019, it seems that Montgomery is still happily dating fellow Australian and fashion model, Liv Pollock.

In fact, while shooting Stranger Things Season 3 in Atlanta, Montgomery and Pollock lived in their first house together for three months — and bonded over making the home all their own. "Especially when you're away from home, building a world for yourself and building that comfortability whether its the bed sheets or the curtains or whatever it is, it's been great," he said on the red carpet of GQ Australia's Men of the Year Awards in November 2018.

And who better to help remind him of home than Pollock? Both are natives of Perth, Australia and share a keen eye for aesthetics. “We are both also really passionate about design — I’m studying architecture and Dacre has studied interior design so we were drawn to each other through our mutual love of design,” Pollock told to The Daily Telegraph in April 2018.

“Perth being a small place, we knew each other through mutual contacts from work,” Pollock also revealed to the UK paper of how she and Montgomery met. “Then through social media started talking, developing our relationship and it grew from there.”

The love connection seemingly began around March 2018, as Pollock thanked Montgomery "for the last 6 months of adventure" in an Instagram caption of a photo taken at the 2018 Emmy Awards in September. (Side note: She also called him "an incredible human" in the post.)

About two months later, Montgomery gushed that their relationship had "been really good" in an interview with GQ. "It's been a wild ride," he added. "We've had amazing adventures and learned a lot about each other, and it's been really special."

For the couple — whose date nights sometimes include Montgomery cooking rigatoni pasta (as his model girlfriend once shared with swimwear website It's Now Cool) — fame has little impact on their romance, if any.

“It doesn’t change anything, our relationship has been built on our similar values and an adventurous nature," Pollock added to The Daily Telegraph last year. "Just because his career places him within the public eye, doesn’t and would never be a factor that we would let influence our relationship, nor should it.” (They have, however, hit the red carpet of high-profile events, such as this year's Vanity Fair Oscar Party in February and the 2018 MTV Movie and TV Awards last June.)

That's not to say that Montgomery's career hasn't led Pollock to make some sacrifices. In order to make travel to her Los Angeles-based boyfriend easier, she relocated from Perth to the more conveniently located Sydney, at one point. He's also inspired her to branch out from modeling into pursuing a degree in design at Melbourne's Swinburne University.

“My boyfriend is a day-to-day inspiration for me,” she gushed to Australian publication PerthNow in June. “He works harder than any other human I’ve ever met, with passion pouring out of everything he does. I don’t want to put all of my eggs into one basket.”

It seems that Montgomery's future is shaping up to be much happier than Billy's did in Stranger Things 3.