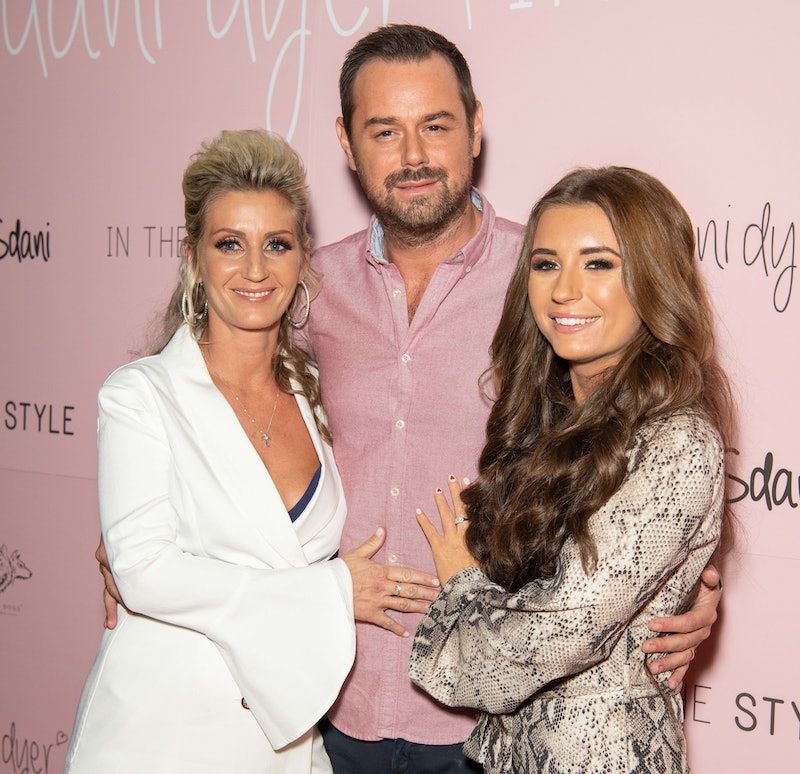 He's already king of Albert Square, with a daughter who managed to become the nation's reality TV princess after her heart-stealing storyline on Love Island, but the question on everyone's lips is: is Danny Dyer actual royalty? Well, a deep dive into the East Ender's family history revealed some pretty interesting ancestry.

Back in November 2016, Dyer appeared on BBC One’s Who Do You Think You Are?, and it was an eye-opening experience for the actor. The show uncovered papers that revealed that Dyer was related to not one but two English kings. Upon realising that Edward III was his Great (times 22) Grandfather, Dyer said:

“I can’t be a direct descendent from Edward III. Danny Dyer is at the bottom of this scroll and Edward III is at the top. That’s just stupid, isn’t it?”

However, there were more royal revelations to come. The show also unveiled links between Dyer and William the Conqueror and Dyer and Thomas Cromwell, who is 15 times his Great Grandfather. While Dyer was pretty happy about all his royal connections, it was his relation to Cromwell that seemed to mean the most. The actor drew many parallels between himself and the 1st Earl of Sussex:

“He came from a slum, I come from a slum. Cromwell left the country at 14, I started acting at 14. He was a self-taught lawyer. I’m a self-taught actor,” Dyer said. “Cromwell had two daughters and a son. I’ve got two daughters and a son. Cromwell wrote his last letter to Henry VIII begging for his life, on 24 July, which is my birthday … And I drink in the Anne Boleyn pub.”

While he may be related to some pretty high-end people, Dyer is still the geezer we know and love. When speaking to Cromwell's biographer Tracy Borman in Hampton Court Palace during the filming for Who Do You Think You Are? he said, “you could have a right rave in here, couldn’t you, babe?”

Lucky for Dyer, he's bound to have had a few more chances to explore decadent castles and stately homes when filming his new show, Danny Dyer's Right Royal Family. The new BBC One history series will see Dyer retracing the steps of his regal ancestors, which will include hunting, eating, and (best of all) dressing like Elizabethan nobility. That's right. The East Ender will be donning a few ruffs and robes. And, even more excitingly, it looks like our girl Dani will be making an appearance during the BBC One two-parter as well.

It is enough to make you wonder who you might secretly be related to. I mean, I always had a sneaking suspicion that I was a princess, but I imagined it would come out in a Princess Diaries type of way. While he won’t be sitting in Buckingham Palace anytime soon, Dyer is 100 percent related to royalty.

P.S. If you haven't seen Dyer's episode of Who Do You Think You Are?, I couldn't recommend it more.

Danny Dyer's Right Royal Family will begin on January 23 on BBC One.