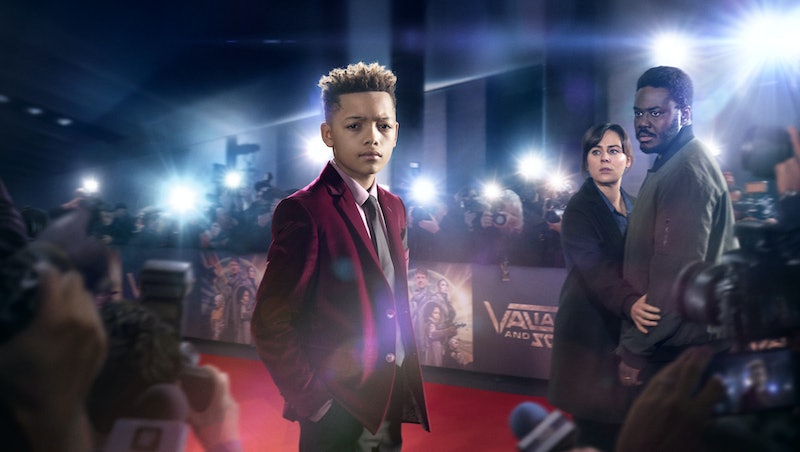 The BBC has released some amazing TV throughout 2019, and its latest drama is set to follow that trend. Dark Mon£y explores the murky underworld of show business and asks audiences to consider the price of staying silent. Some have drawn comparisons to high-profile cases that have emerged in the media over the last few years, but is Dark Money based on a true story?

BAFTA-award-winning writer Levi David Addai is the mind behind Dark Mon£y. Having produced projects such as Damilola and Our Loved Boy, it’s not the first time he's taken on incredibly sensitive topics. Addai has made clear that the story told in Dark Mon£y is purely a work of fiction. However, it does take inspiration from IRL situations the director has become aware of.

“In celebrity culture there are a lot of stories of pay-offs, where parents have come out and said something’s happened to my child — and then all of a sudden the story disappears because of an out-of-court settlement," Addai told the BBC in an interview about his new show. "And I think, an out-of-court settlement? What’s happened there? And we never hear about the family or the case again.”

"Being a writer, I thought, if this was true, what next for the family? Because if this is true that they received money and didn’t pursue charges anymore, where are they now? What’s going on now in the dynamics of that family, especially if it was a huge pay-off where the parents don’t have to work anymore and can live off the money they’ve been given, I mean, could I do that?"

Max Fincham takes centre stage in Dark Mon£y, playing the role of Isaac Mensah. After filming a major Hollywood movie, Isaac reveals to his parents (played by Babou Ceesay and Jill Halfpenny) that he has been abused by a renowned filmmaker when in America. "Although guilt-ridden, the family decide to accept a substantial pay-off to keep silent, believing the money will help start a new life, enable them to heal and avoid the publicity hell of pressing charges against a celebrity," reads the official synopsis. "They are wrong. Damage runs deep, and the price of taking the money may be too high."

Speaking about the potential impact of the show, Addai told the BBC: "Drama can reach a lot of people. Maybe there are people out there who have accepted money, who are dealing with regret or guilt and may see this, and see some sort of hope that there is still a way of finding closure. Maybe it will make people think twice about using pay-offs as a method of controlling people. I’m unsure, but I know for sure it will make people talk a lot and debate the decisions that the family makes."

Comparisons have been drawn between the story Addai tells in Dark Mon£y and news stories that have emerged in recent years. As BBC News writes, "in the time it's taken to bring the series to the screen, several real-life allegations have been made against high-profile figures, and the widespread use of NDAs has been the subject of debate." BBC News then points to the 2017 Harvey Weinstein allegations and HBO's Leaving Neverland documentary. Addai tells BBC News:

"I began developing the idea and writing the script before those stories actually became mainstream ... So I was in this weird position where I was doing this thing that was totally original, as it were, and as it was getting closer to getting green lit, the news just exploded ... And people were like, 'Wow, have you heard?' But for me personally, I was like, 'I know these things are going on, this is not big news for me'. But I was fortunate enough that the BBC allowed me to continue telling my story."

Speaking about the series, Babou Ceesay said: “By focusing in on the family and the impact of the decision they make in accepting the money, [Dark Mon£y] doesn’t say this is the right or wrong thing to do, or judge.”