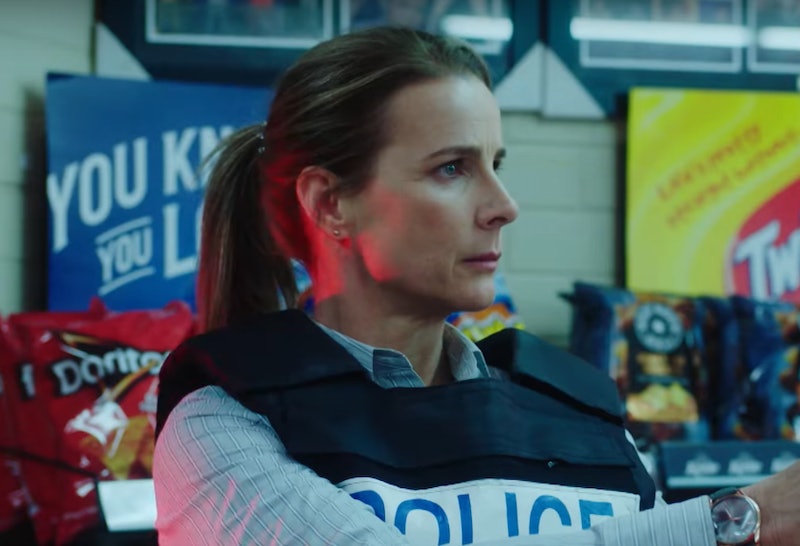 If you're looking to fill the crime thriller void in your life left after the season finale of Killing Eve, then Aussie series Dead Lucky might just be the slice of noir you've been waiting for. The four-episode Season 1 premiered on July 25 on Australian network SBS, and is about to get its North American premiere on Sep. 20 on Sundance Now. It's a sort of subversion of the buddy cop genre, starring Rachel Griffiths as the jaded, senior cop Grace Gibbs and Yoson An as the young rookie assigned to shadow her. But is Dead Lucky based on a true story?

In short: no, it isn't. Dead Lucky is a work of fiction from showrunners Ellie Beaumont and Drew Proffitt, who had already successfully co-created House Husbands, a comedy about stay-at-home dads that ran from 2012 to 2017. The official synopsis on the SBS website lays out the basic plot points of the show:

"A gripping thriller which twists and turns at a frenetic pace through the streets of Sydney, Dead Lucky stars Rachel Griffiths as a police detective obsessed with avenging the murder of her junior officer. Her partner is a trainee detective, played by Yoson An, who blames her for the death of his best friend."

As you can see in the trailer, the story is also jam-packed with other plot points, including a missing international student, a murderer who has history with Grace, and plenty of tense shoot-out scenes. And while some of those things might sound kind of familiar to fans of the genre, Beaumont and Proffitt insist that one of their primary goals in creating Dead Lucky was to tell the story in a way that was uniquely Australian. In an interview with the Australian Screenwriters Podcast, Beaumont explained:

"I guess we really wanted to write a crime thriller, but we wanted to find a different take on it. We felt like the market was flooded with Scandi [Scandinavian] noir, and we thought, well, what does Australian noir look like? What does our version of a crime thriller look like?"

Much like Luke Jennings, the author of the Villanelle series that inspired Killing Eve, Beaumont and Proffitt revealed on the Australian Screenwriters Podcast that their inspiration for creating Dead Lucky came from the desire to turn existing genre tropes on their heads. "I guess we did get lucky. We really set out to subvert the genre a little," Beaumont said. "You'll see when you start watching it, perhaps a few familiar tropes, and as you get deeper and deeper into it you realize there are twists and turns and subverts. And part of subverting that genre I guess... is the comedy factor."

The comedy factor definitely comes across, even in the trailer. As Grace sits crankily in anger management, the counselor asks her why she believes she's there. "Because some people think I'm angry," she huffs, "and they happen to be in management."

"We really tried to find a lot of light [in creating the series]," continued Beaumont on Australian Screenwriters Podcast, "even though there's a lot of darkness. Because that's our experience with life." So even though Dead Lucky might not be based on a true story per se, there should be moments of realism throughout that make it relatable for audiences halfway across the world.