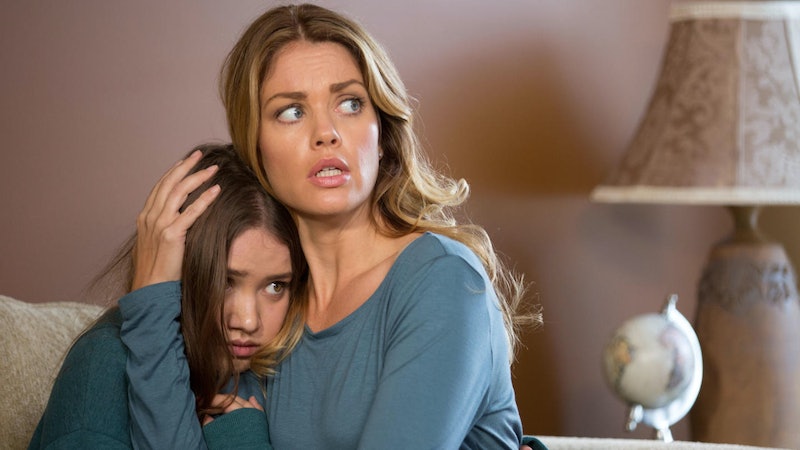 If there is one thing that Lifetime does better than any other network, it's churn out guilty pleasure, low-budget movies about murderous relationships. Their latest is Deadly Second Chances, which tells the story of a District Attorney who prosecutes a man for murdering his wife, which triggers her own repressed memories about her mother's death — which she now increasingly believes was a murder perpetrated by her father. The film, in typical Lifetime fashion, is certainly sensationalized, but could it have drawn from real life? Is Deadly Second Chances based on a true story?

If the movie is based on a true story, Lifetime hasn't publicized that fact at all, so it's probably safe to assume that the movie — like most others that air on the network — is a complete work of fiction. If you watch the trailer for the film, you'll see that the main character's (Bree Williamson) father comes back into her life after years of being away, and though her sister believes that he is deserving of a second chance, it sure looks like the man has murder on the brain. Will he kill his daughter as he once allegedly killed his wife? That's the big mystery of the film, and it sure makes for a compelling story — even though it's almost definitely fictional.

Though Deadly Second Chances is probably not a true story, it does — in its own clumsy way — address an issue that is all too real, and that is the issue of domestic violence. Specifically, the movie is about a man killing his female romantic partner. This crime is specifically known as uxoricide. Using 2011 homicide data from the U.S. Department of Justice, the Violence Policy Center found that women were murdered by their romantic partners in the U.S. at a rate of about 2.5 per day. That means that, in a given year in America, between two and three women are killed each and every day by their husband, boyfriend, or ex-husband.

Worldwide, the numbers are even more staggering. A 2018 United Nations report found that 137 women worldwide are killed by their partners or family members each day, according to the BBC. Of the data available, this accounted for more than half of all female murder victims, with 58 percent being killed by partners/family as opposed to strangers. The data also showed that women are far more likely to be killed by someone close to them than men are. Although women account for just 20 percent of homicide victims worldwide, they make up a whopping 64 percent of victims who are killed by their partners/family, according to the 2017 data used in the study.

Even though Deadly Second Chances is probably fictional, the movie's story about a man killing his wife — and possibly conspiring to kill his daughter as well — is unfortunately all too believable.