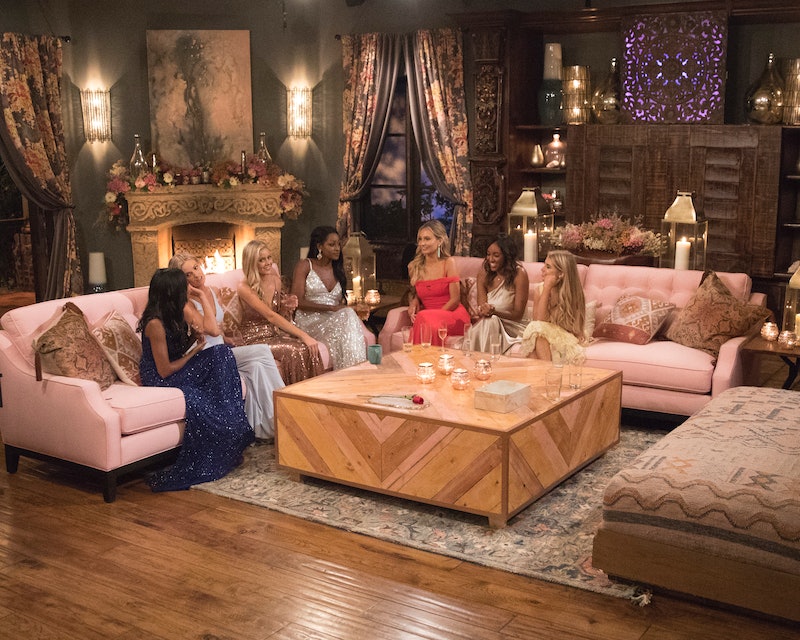 Demi may have rubbed some (OK, many) contestants the wrong way in the first few weeks of The Bachelor, but that's all changed since the show ended. After the show, it seems like Demi is friends with Colton's Bachelor contestants — well almost all of them. Perhaps unsurprisingly, Courtney, whom Demi once called "the cancer of the house," seems to be the only contestant not following Demi on Instagram.

Courtney's personal page is private, so you can't see who she's following, but she's also not following Demi from her cooking page @cookingwithcourt_ either. Demi also doesn't appear to follow either of Courtney's pages. But aside from Courtney, Demi seems to be on good terms with the rest of the ladies. Even Tracy, whom Demi beefed with the first couple of weeks, is following Demi and vice versa.

And there's not just passive followers among these contestants, they're all really active about commenting nice things on each other's pages. When Demi announced on Instagram that she was joining this season of The Bachelor, Nicole commented the rose and fire emojis and Hannah B. commented, "That DEMI IS a DIME." And later, when Demi posted about practicing self love, Hannah G. commented, "You sweet soul, you! You deserve every inch of love." Katie added, "My heart. Love you Demifool. Words can't even explain."

There's even photo evidence of Demi's close relationship with several contestants post-show. At the end of January, Demi posted a photo of herself with Heather, Hannah B., and Hannah G. and commented that together they were TripleHD, because their named all started with H and D. "My girls," she added with a heart emoji.

"Stunnnnas," Kirpa commented with several heart emojis. "[Four] stunning ladies," Caitlin added, also with a heart emoji. Hannah B. and Heather also posted the same photo to their own Instagrams with these captions respectively, "TripleHD [it’s. a. thing.] my ppl. #girlgang," and "tripleHD4lyfe."

It's not just on Instagram where the ladies are friendly with Demi. Over on Twitter, Demi and Cassie seem to have a great relationship. Demi even affectionally calls Cassie her "pork chop."

And when a fan said she was a Cassie fan, Demi tweeted, "I am too," with a heart emoji. "And I’m a [Demi] fan," Cassie wrote back.

Another time, a fan tweeted Demi to ask if she was friends with Caelynn. Demi replied yes, with a heart emoji (these contestants love that emoji). Caelynn then responded, "Love you so much Dems," and Demi tweeted back, "Love u bbgirl."

Every season of The Bachelor features arguments between contestants, but it seems that most of them left the drama on the show and are now friend in real life. Cassie wasn't kidding when she wrote this caption on a group photo of the cast:

"Last September, I met 29 amazing women who quickly went from being complete strangers to lifelong friends. Being on The Bachelor was the ultimate bonding experience for me. Despite the competitive environment during the show, each one of us supports each other as fellow women."