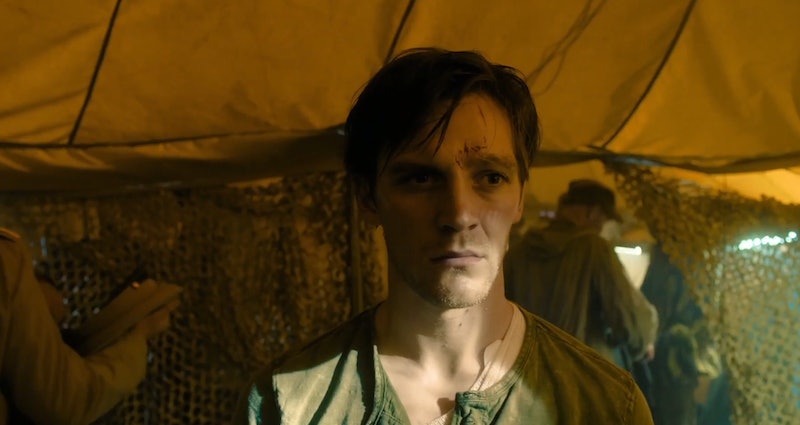 Luckily for anyone intrigued by German spy thrillers, Sundance TV is bringing back one of its hit international programs, but this time under a slightly different name. It doesn't appear that Deutschland 86 is a true story in terms of its specific characters, but it does frame itself within a historical context, and peppers in details from real-life events during the Cold War.

The show, known in its first season as Deutschland 83, follows an East German spy sent to work undercover as a West German soldier. Suspense and tension are essentially built into that storyline no matter which way the show goes, and the network seemed excited to have it return for a second iteration.

"Deutschland 86 is a key example of the terrific, entertaining content Sundance TV has collaborated on with creative voices from around the world,” Joel Stillerman, president of original programming and development for AMC and SundanceTV, said in a statement, according to Deadline. “Anna and Joerg Winger did an incredible job taking well-known historical events and framing them with a unique lens in the first season. We know that they will offer a fresh perspective to the events in Germany in 1986 and are thrilled to join them on their journey back in time."

In an interview with The Daily Beast, the creators of the show, Anna and Joerg Winger, talked about how some aspects of the show can also mirror things happening in present day. “By chance we started developing D86 the day after the Trump election. And we’re news junkies, of course. So looking at late-stage communism, from the perspective of late-stage hyper-capitalism, there are all kinds of interesting emotional parallels — to do with domestic politics and the proxy wars in foreign countries,” Anna Winger said. “You find them where you least expect them…When we look back at the Cold War we tend to think politics were simpler then, more black and white. In fact, there were a lot of murky, confusing, grey areas then —just like today. We like to write into the grey areas.”

According to Alan Sepinwall’s review for Rolling Stone, Deutschland 86 is reminiscent of another spy favorite which recently took its final bow: The Americans, which is certainly high praise despite the faults he lists with the former.

In Taylor Antrim’s review of the show for Vogue, she said that the series managed to avoid the sophomore slump curse encountered by so many others. “Here’s another show that couldn’t work with an American cast. Leave it to the Europeans to thread the needle between ridiculous and riveting,” she writes. “The colors are bright, the music is ear candy (Salt-N-Pepa, Falco, the Cure), and if the improbabilities pile up a bit high, you don’t mind. Deutschland offers a quality in short supply on prestige TV: fun.”

The first version of the series also has high marks across the board on Rotten Tomatoes with a 97 percent positive rating among critics and a 92 percent positive one among audience. Scores for the new season aren't in just yet, but the show has proven its ability to use history to its advantage, and it's probably not stopping anytime soon.

More like this
Stanley Tucci Is Next Level In The BBC's 'Inside Man' Trailer
By Sam Ramsden and Sophie McEvoy
UK Audiences Will Soon Be Able To Watch 'The Bear'
By Frances Stewart
Mike Flanagan Teases 'The Midnight Club' In This Exclusive, Creepy Clip
By Grace Wehniainen
'Elite' Season 6 Is Arriving Sooner Than You Think
By Gretchen Smail and Grace Wehniainen
Get Even More From Bustle — Sign Up For The Newsletter