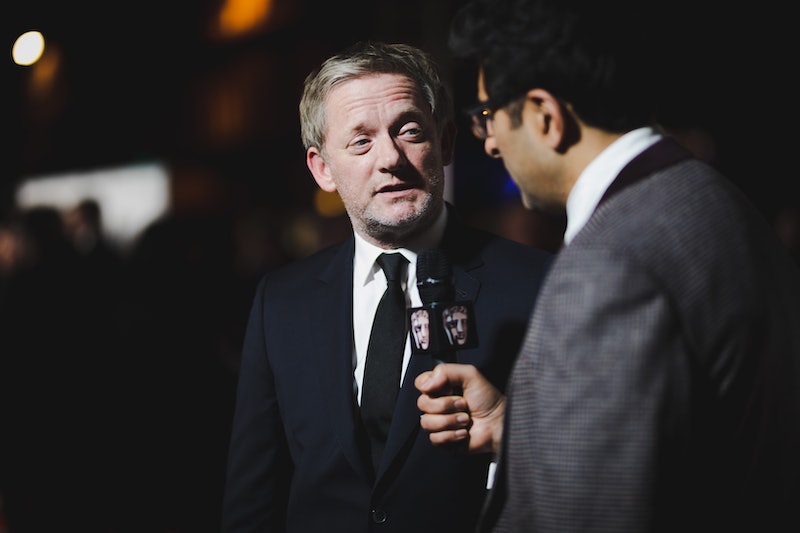 As much as I adore watching Douglas Henshall as DI Jimmy Perez in BBC One's crime drama Shetland, I can't help but harp back to the days when he played Professor Nick Cutter in the sci-fi epic Primeval (I mean, remember that gem?). While his acting chops have continued to impress me ever since, it's hard not to ponder about an actor's social life from time to time. So, is Douglas Henshall married?

Well, Henshall has been married to Croatian playwright Tena Štivičić for nine years, after a "spur of the moment" decision to tie the knot in Las Vegas in February 2010, as the Scotsman reports. "She's about as perfect a match as I could ever find, so if it doesn't work with her it's not going to work," Henshall told the Scotsman a few months after their marriage. "We're both passionate, stubborn people, both strong-willed, so we clash from time to time. It's nice to have someone who challenges me," he continued. "She's brighter than me and I like that, though it does drive me nuts sometimes when she reminds me of it!"

Described as "one of Croatia's leading playwrights" by Exeunt, Štivičić has written a number of well-received plays including Psssst, Fragile!, Fireflies, Invisible, and 3 Winters — the latter resulted in her receiving the Susan Blackburn-Smith Prize, according to her bio on the Curtis Brown talent agency website. She was also nominated "as one of the 50 most promising young writers in Great Britain," the bio states.

Yeah, these two are, like, the ultimate creative power couple, that's for sure. And two years into filming Shetland, Henshall and Štivičić welcomed their daughter Grace into their family, according to Irish media website buzz. As the actor mentioned in an interview with buzz, he absolutely adores spending time with his baby girl, especially after a long day filming. "When I come home, thankfully I get to see her at the tail end of her day — help bath her or whatever — and so that kind of takes your mind off things," he said. Ow, my heart.

Henshall was admittedly worried about having a child at an older age, but, as he told the Scottish Daily Mail in 2017, at his age he'll be "less selfish and ... able to help [Grace] a lot more than [he] would have if [he] had been a younger man."

While Henshall didn't bring his family up to Shetland during filming of the fourth season as "there isn't really that much to do," he told buzz, they weren't that far away when filming took place in Glasgow as they had a "wee house up there, so it was great."

Filming for the fifth series — which premieres tonight (Feb. 12) on BBC One at 9 p.m. — began last summer, after Henshall spent some time with his family in Croatia. "My wife is Croatian, so we tend to come here for the summer, every year," he told Collider last July. "She's staying another six weeks, rather than [coming] home to Glasgow. She's gonna have a nice time on one of the islands for [a while], with a friend and family," he said. Balance is key to relationships, and it certainly looks like Henshall and Štivičić have a knack for it.