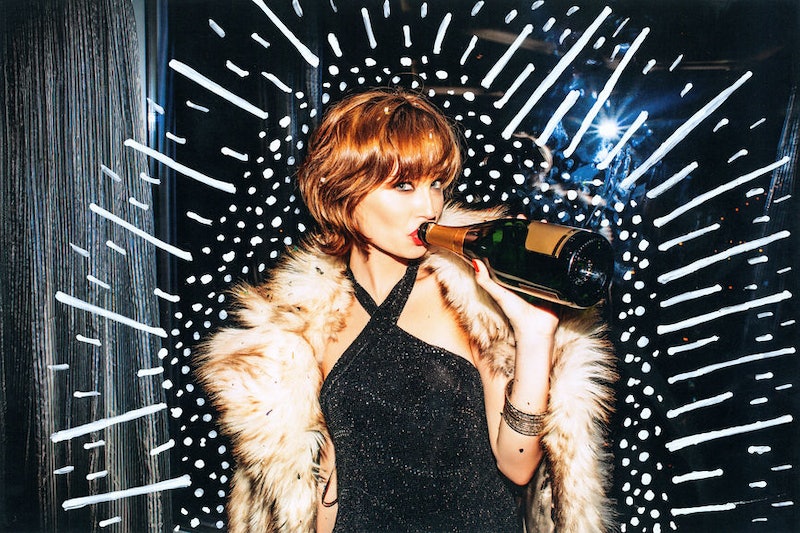 December can be a little bit of an excessive month. With work meals out, family parties, and the big day itself I don’t even want to think about all the cheese and wine I have consumed this month. At no other time in the year would I think it was a normal week if I drank six times in a row. And New Year's Eve only means some of us choose to go out with a bang and a nasty headache. Some people turn to abstinence in the New Year to balance it out, but is dry January bad for you? Some experts suggest that whilst you might be giving your liver a well-earned rest, completely cutting out alcohol after a month of hitting it pretty hard might not actually be the best thing for you.

Many of us have been in the position, after a big night of drinking where you utter the words “I am never drinking again.” In the name of "new year, new me" and with the memory of the night before a lot of people choose to go alcohol free for the month of January. I am sure you will know at least one person taking up dry January (and they will definitely tell you about it.) It was launched in 2012 by the charity, Alcohol Concern with the aim of raising awareness around alcohol consumption and see if people could challenge themselves to cut down. And according to a poll published by YouGov this is no small community; 4.2 million people said they are going to give it a go in 2019. But is it actually any good for you or is it merely a way of making people feel better for the indulgent festive drinking they have participated in for weeks on end?

Whilst the good intentions are all there the Royal College of Physicians advises that instead of staying dry for an entire month you curb your weekly drinking habits and have at least three alcohol- free days a week. Prof Rajiv Jalan, a liver specialist from the Royal Free Hospital, highlighted that it is difficult to measure the benefits of giving up alcohol in January on the BBC website. “People normally give up alcohol as part of a New Year health kick which means they also tend to exercise more and eat more healthily, making it difficult to know whether it's the lack of alcohol alone that's conferring the health benefit,” he explained.

When it comes your health the British Liver Trust agrees suggesting that men and women should drink no more than 14 units of alcohol per week and should have at least two consecutive alcohol free days. So, whilst a month off the booze may definitely benefit you in the short term if, come Feb. 1 you go out and decide to get completely drunk it may not actually be that effective.

Many health care professionals have spoken out about the benefits of cutting down alcohol consumption. Former GP and medical adviser to Drink Aware, Dr Fiona Sim told the Evening Standard, “alcohol is associated with symptoms of anxiety and depression. In people who drink regularly and heavily, alcohol can cause your memory to be impaired and may put you at increased risk of severe mental illness.”

You may not be doing yourself any favours going dry for January with a really messy, alcohol February in mind. Researchers at UCL found that it takes around 66 days to develop a habit. If you are a heavy drinker dry January isn’t likely going to change your drinking patterns. However, if it makes you think a little differently about your attitudes towards drinking and means a month without hangovers then I don’t see why it is hurting anyone.

This article was originally published on Dec. 31, 2018