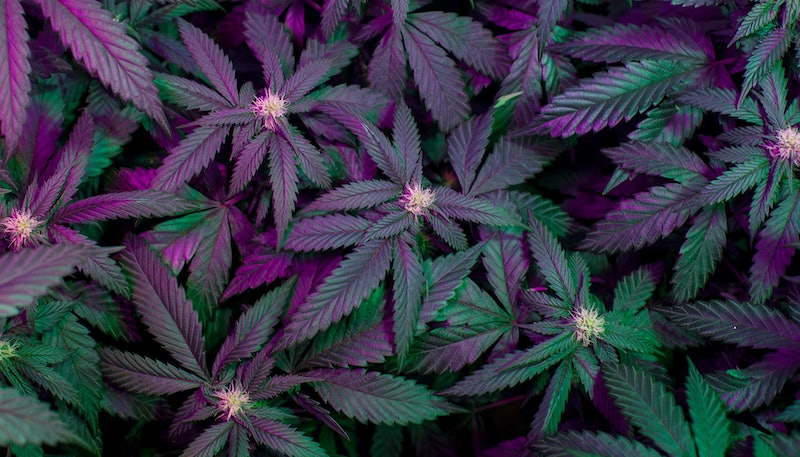 For millions of Americans in the 33 states that have legalized medical marijuana (and 11 that have legalized it for recreation), obtaining cannabis has never been easier. So it's no real surprise that, according to a 2017 survey, 52 percent of Americans have tried marijuana. But the age of legal marijuana has brought a new ingestion method into the American mainstream: the "edible," a candy, food or drink made with THC. And it's raising some new questions about eating weed and weed edibles. Namely: Is eating weed bad for you?

Sold at dispensaries all over the country, weed edibles are increasingly popular — according to one publication for marijuana entrepreneurs, Californians spent $180 million on marijuana-infused edibles in 2016. But they've also been at the center of a number of alarming news stories. They've been tied to an uptick in emergency room visits in states with legalized marijuana such as Colorado. And while marijuana is often thought of as a calming drug that leads to quiet contemplation, one murder and two deaths by suicide have been linked to edible consumption over the past five years. In less severe but still alarming news, a 2019 study found that weed edibles "induced a disproportionate number of pot-related medical crises," including acute psychiatric symptoms in people with no history of them, according to The New York Times.

According to Dr. Joseph Habboushe, M.D., of NYU Langone Health, there are several reasons why eating weed edibles carries risks that smoking or vaping marijuana doesn't. "The onset when smoking is quite fast, so one can pause a few minutes to see how much they're feeling before taking more," Habboushe tells Bustle. While marijuana smokers can feel psychoactive effects in as little as five to 10 minutes, people who have consumed edibles may take one to two hours to feel effects. This can lead people to consume large amounts of edibles, under the mistaken impression that they had initially "not taken enough" — when in reality, they simply have not metabolized the initial edible portion.

"Edibles take a long time to work," says Habboushe. "A typical patient story is that they tried a bit, didn't feel anything, and tried more... and then it all hit them at once."

Additionally, Habboushe notes that "today's marijuana is a lot stronger (4x or more) than it was 20 years ago." He credits this to breeding and extraction methods. To see that in numbers: according to a 2016 study, marijuana tested in 1995 contained 4% THC, while in 2014, it contained 12% THC.

And in addition, THC levels in edible products are not always consistent. According to a 2014 report in The Denver Post, testing revealed that the packaging on marijuana edibles often misrepresented the amount of THC in a product. Habboushe has found that some edibles can even have different amounts of THC throughout the product (i.e. one square in a bar of edible chocolate is more potent than another square from the same bar).

Further, many inexperienced users choose edibles for their initial marijuana experiences, says Habboushe, "and a novice is much more likely to go overboard," taking more than is advised by the product's label. "Most of the edible visits to ERs are in novice users," he notes.

"Edibles are of consistent concern among cannabis researchers and policy makers," he adds, "particularly around avoiding pediatric ingestions."

Part of the risk with weed edibles is that they look like familiar, comforting foods that we've been eating our whole lives — so it's tough to conceive of them as potentially dangerous. "Society does not allow us to put medications (beyond simple vitamins) in candy or chocolate — as they would invariably end up being eaten by kids (or unaware adults), leading to overdoses," says Habboushe. "Keep in mind: if we're thinking of cannabis as a medication, we should treat it as one."

None of this is to say that if you live in a state where marijuana is legal, you should absolutely avoid edibles. But you should be aware of the risks. Just because an edible looks like a cookie doesn't mean your experience with it is going to be sweet.

This article was originally published on May 7, 2015