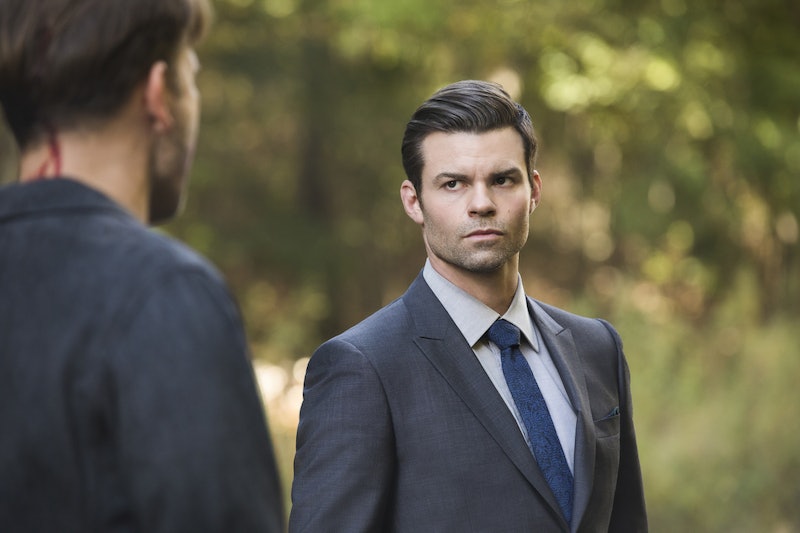 The entire Mikaelson family rallied to save Elijah from the grips of the Hollow on The Originals, but the ancient witch is proving to be a much a greater foe than they once thought. Last we saw her, The Hollow (still in Sofya's body) had kidnaped Elijah and infected him with the thorns born from Marcel's venomous blood, setting into motion the final steps to her resurrection. In "Queen Death," Elijah died on The Originals, allowing the Hollow to come back to life. Elijah may have served as the sacrifice needed to return her to the world, but just how permanent is that sacrifice?

Elijah might not be really dead on The Originals. At least, not yet. When Klaus and Marcel realized that Sofya had taken Elijah, they teamed up with Vincent, Freya, and Hayley to come up with a plan to save him. The plan: sacrifice Klaus to give Vincent enough power to trap the Hollow in a supernatural prison, but save him using Freya's talisman. (Fans will remember how Freya kept her other brother, Finn, alive inside the blue rock pendant in Seasons 2 and 3.) Of course, nothing ever goes according to plan. The Hollow successfully stopped Vincent from using Klaus to imprison her once again, and Elijah was killed.

Luckily, Freya arrived in time to attempt to save Elijah's soul in her talisman, but Elijah was so weakened by the thorns, it wasn't certain he could survive. Not only that, but a confrontation with witches who aligned themselves with the Hollow ended with the pendant shattered into three pieces. With some help from Hope, Freya was able to find Elijah's soul in the pendant, but the signal wasn't clear. Instead of sensing a complete soul, Freya felt pain and heard screaming. Elijah may have been saved, but in what condition?