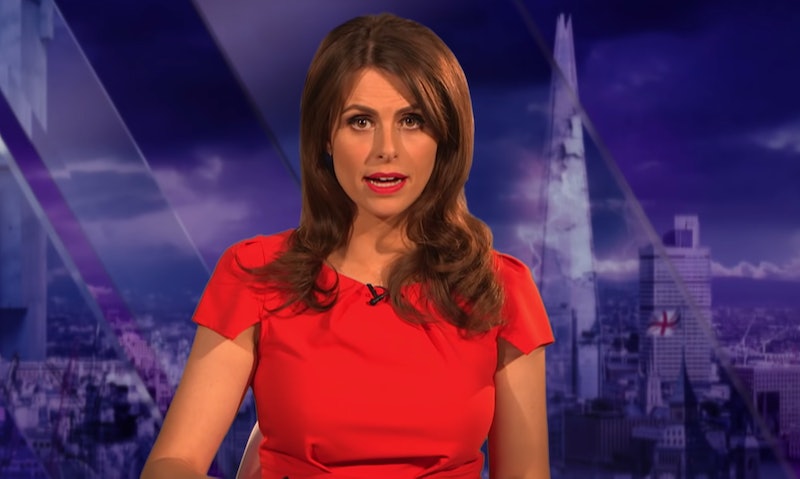 From being the host of Snog, Marry, Avoid to a hilarious correspondent on Nish Kumar’s The Mash Report, Ellie Taylor’s rise to comedy stardom has been monumental. After spending much of the last two years either on the road or on our TV screens, Taylor's been super busy. But does next year hold even more for the comedian? Is Ellie Taylor touring the UK in 2020? Because I want to book my tickets ASAP.

Her quick wit, relatability, and perfect timing makes Taylor incredibly funny to watch. I reached out to a representative for Taylor to ask if she’d be touring the UK in 2020. I haven’t heard anything back just yet, but I'll let you know if I do.

However, there is still a chance to catch Taylor in action in 2019 as she is touring around the UK with Don’t Got This before the year is up. In this show, Taylor talks about love, life, and what exactly she’ll do if one more person tells her “you’ve got this.” While tickets have sold out in some cities, they're still available for the dates in Leicester, Peterborough, Bromsgrove, Salford, and Swindon.

Taylor has become such a household name in British stand up comedy that it seems impossible that she’s been on the scene for less than a decade. The former model kicked off her TV career by presenting the makeover show Snog, Marry, Avoid? She went on to be a team captain on Fake Reaction in 2013. In 2015. she starred as Poppy in Brotherhood and in the same year hosted the TV series documentary It Was Alright In The...

However, between presenting her own shows and captaining teams of some of the funniest people on TV Taylor made guest appearances on the likes of Eight Out Of Ten Cats, Mock The Week, Would I Lie To You, and Comedy Central At The Comedy Store. Essentially she secured her name as a massive presence in stand-up. Speaking about how tough the comedy world can be to Beyond The Joke Taylor said, “I thought I’d be bulletproof. It’s much harder this comedy lark, than I’d realised. I still feel very new to it all. But when it works it makes me so happy.”

Taylor spend the autumn of 2017 touring the UK with her show This Guy and around the same time came back onto our screens as newsreader Susan on The Mash Report. She stars alongside Nish Kumar and Rachel Parris in the weekly political comedy show that leaves no stone unturned. Never afraid of a difficult topic, with Brexit, Me Too, and Donald Trump, the show hasn’t been short on content. However, while Taylor and the gang will have you creasing with laughter, the topics they cover on the show are incredibly serious. Taylor told NME that this important to her. She said:

“The clip that I did with the woman just telling everyone to ‘f**k off’ — I really enjoyed doing that, obviously as a feminist it was just really enjoyable to say those words, and it felt so relevant because it came up around the time of 100 years since women got the vote. It just felt really pertinent. It felt empowering to be able to do that stuff, and be a part of that narrative.”

She’s one of the hottest stand-up comedians out there RN, and she’s only going to get bigger. So keep your eyes peeled for new shows in 2019 and 2020.