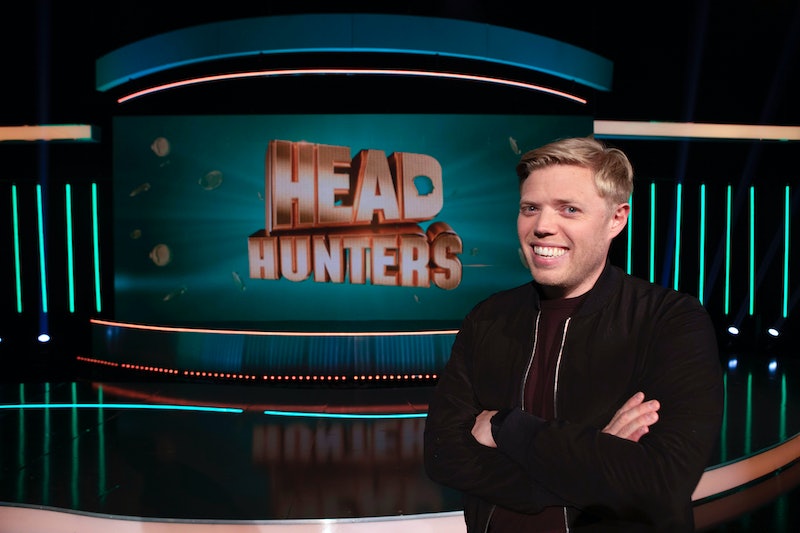 Comedian Rob Beckett has seen his career reach dizzy heights following a string of successful TV stints, which include Channel 4's 8 Out of 10 Cats, the singalong spectacular All Together Now, and Rob & Romesh Vs, in which he starred alongside fellow British comedy star Romesh Ranganathan. However, Beckett is now also set to host the brand new BBC daytime quiz Head Hunters and head up C4 show Savage Socials, leaving many fans wondering if they'll get a chance to enjoy their favourite funnyman live. So, is Rob Beckett touring in 2020? Here's everything we know.

Well, clear your schedules everyone, because Rob Beckett is touring the UK in 2020, and tickets are available to purchase now. According to his official website, Beckett's Wallop! UK tour is set to continue throughout the rest of the year, and shows will run all the way through to June 2020. During his time on the road, the comedian will perform at a variety of venues in some of the UK's biggest towns and cities, including the likes of Manchester, Leeds, Birmingham, London, and more.

You can bag yourself some tickets on the comedian's official website, and a brief synopsis of the Wallop! tour reads, "Rob Beckett is back on tour with a brand new stand up show. It’s been a busy few years for the Mouth of the South and he’s coming to see you to fill you in and make you laugh."

When discussing his latest UK tour, Beckett appears to be just as excited as his many adoring fans, and has previously described Wallop! as "the best" show he's ever done. Speaking on Twitter, the comedian said, "I am so excited about my new tour. Thank you so much if you have bought tickets. If you haven’t yet make sure you get some. I’ve been working on this tour for the last couple of years. It’s the best I’ve ever done and I cannot wait to show everyone."

During an interview with the Yorkshire Post, Beckett recently opened up about his love of stand-up comedy, and promised that his continued on-screen success won't stand in the way of his passion for performing. Speaking to the publication, he revealed, "I started off doing stand-up and it’s something I will always do, no matter what. They’ll have to wheel me on to stage when I’m about 90 in the old people’s home. I’m excited because I’ve got it together; I’ve put all the hard work in, and I’ve done all the graft."

In between his many upcoming gigs, Beckett will also host the BBC's latest daytime quiz show, Head Hunters. The series will see contestants take on a variety of tough questions from a wide-range of specific categories, including Fashion, Chemistry, Romantic Comedies, and many more. Speaking to the BBC about his brand new hosting gig, the comedian said, "It’s my first time hosting a quiz and I can’t wait to get stuck in. We will definitely have some laughs along the way as our Head Hunters bid, banter and sometimes offend their opponents in what promises to be an exciting new BBC quiz."