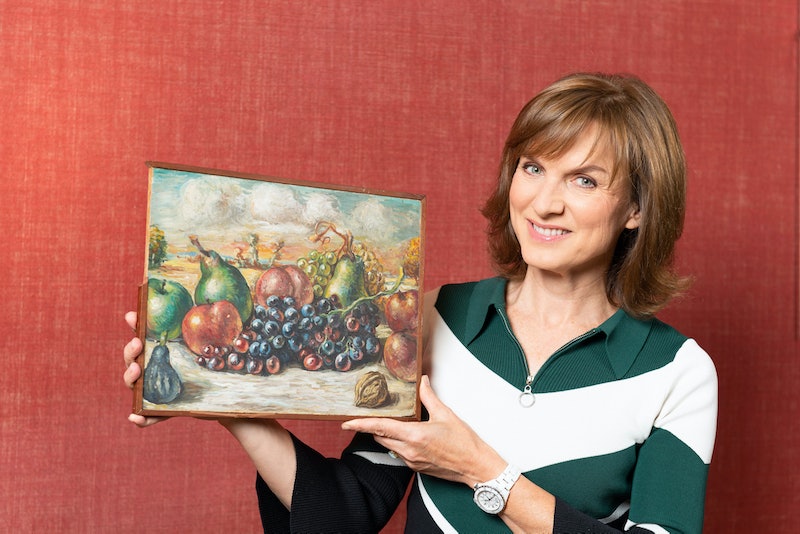 According to the Express, the BBC presenter is married to Nigel Sharrocks, who she first met whilst working at the advertising agency, Boase Massimo Pollitt. The pair tied the knot in Islington back in 1994, and went on to have two children, Sam and Mia, who were born in 1998 and 2001, respectively.

As reported by The Sun, the couple now split their time between London and Oxfordshire, however in the early days of Bruce's TV career, family time was far more precious. During an interview with the Telegraph, Bruce revealed that when her children were younger she would often keep track of time whilst working on the BBC series, Panorama. Speaking to the newspaper, she said, "There was always a point at which I thought, 'If I leave now, I can make bathtime,' and I’d get really irritable and try to rattle through stuff."

As mentioned previously, Fiona Bruce has reprised her position as the co-host of Fake or Fortune, which has returned to the BBC for an eighth series. According to The Sun, the new series returns to BBC One at 9 p.m on Thursday, July 25, and will run for a total of four one-hour episodes. Bruce will star in the series alongside art dealer Philip Mould, who she has also previously worked with in the BBC favourite, Antiques Roadshow.

The aim of Fake or Fortune is for the hosts to investigate whether or not artworks handed over by members of the British public are indeed authentic. Each episode of the BBC hit usually focuses on one particular artist, and the first slice of action from series eight will delve into the work of the well-known British artist, Thomas Gainsborough. As reported by The Sun, the brand new series will also explore the works of many other notable artists and sculptors — including the likes of Maria Cosway and Sir Thomas Lawrence.

Co-host Mould has previously applauded his colleague's work on the BBC political staple Question Time, and praised Bruce for changing "the tone of the programme." Speaking to the Radio Times about Bruce's Question Time duties, Mould went on to say "Fiona is so immersed in news, and I really enjoy her insight. I mean, how she manages to crack all the different Brexit permutations, the arguments. She rather sweetly gave me the time to explain them all."

Sadly, older seasons of Fake or Fortune are currently not available on the BBC iPlayer, however, the brand new series is back to perfectly round-off our Thursday evening TV line-up.

Fake or Fortune airs on Thursdays at 9 p.m. on BBC One.