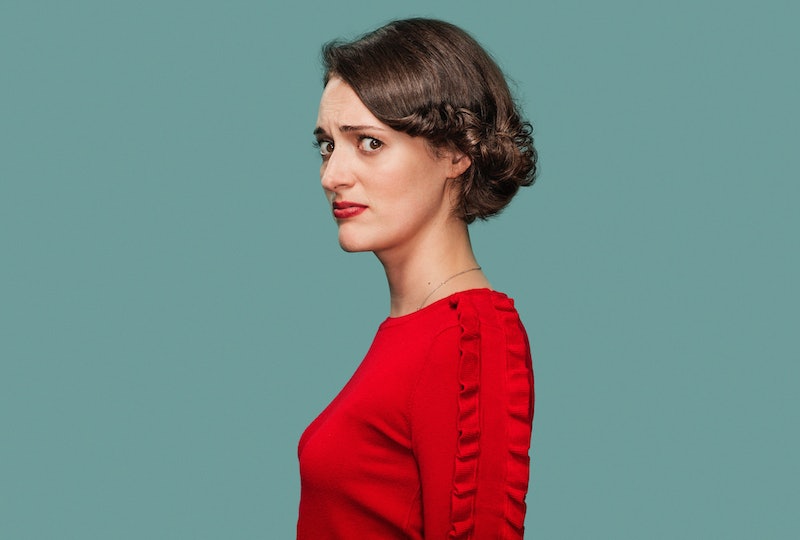 Finding your way through heartbreak with wine and several ultimately regrettable flings is true to life for many women. And genius writer Phoebe Waller-Bridge's tragi-comedy Fleabag can sometimes feel so relatable it's more like staring into a mirror than watching TV. Following a heart-wrenching finale, Fleabag will soon return for more hilarious misery. Series 2 of the show is just around the corner. So although it could easily resemble the life of any dysfunctional thirty-something living in London, is Fleabag actually based on a true story? It seems far too real for fiction. Or is Waller-Bridge just that good?

Fleabag is quite literally based on Waller-Bridge in that, as she told Vanity Fair in 2017, the show's title is inspired by her nickname "That word, ‘fleabag,’ that felt right, because there’s a messy connotation to it,” she said. In 2018, the Guardian also reported that her family call her 'Flea' not actually 'Fleabag' which is good to know. But is that the only aspect of the show that's been lifted from Waller-Bridge's own life? Well, possibly.

When Gold Derby asked her whether the flings and boyfriends in the show were based on Waller-Bridge's own exes, she replied: "I don't know, it's weird because they feel so familiar to me, but I couldn't actually point at a person in the world that they're based on. Probably thankfully." They feel familiar to me too, like an approximation of all the men you'll ever meet.

Thankfully, the death of Fleabag's best friend Boo, and the grief which she feels in the aftermath isn't true to Waller-Bridge's own life. That element of the story came to her when she tried to imagine how she would react to the death of her own best friend, who just so happens to be Fleabag director Vicky Jones. In order to visualise the Fleabag character fully, Waller-Bridge asked herself: "But what if it was my fault?" the actress and writer relayed to Vanity Fair.

It would seem the sexist assumption that women's art is wholly autobiographical still prevails today. Fleabag is just more evidence against it. And yes, while the show might appear realer than real life, that's not because the characters and plot details have been taken from the creator's own life, it's simply because Waller-Bridge really is that good. Make sure to watch series two for the proof, but if you need a series one refresher before it begins, head to BBC iPlayer where you can stream all the previous episodes for free.

Fleabag will be back on screens on Monday, March 4, at 10.30 p.m., on BBC One. Grazia UK got a sneak peek of the upcoming series and reported some unexpected surprises. "She’s finding religion," the site writes, and since the first season, Fleabag's heroine has reportedly been focusing on "self-care."

Apparently, you can expect "glimpses of avocado toast, boot camp squats in the park, and even a moment of her declining casual sex." That's a far cry from the Fleabag of before, but don't expect a total overhaul of the character we love just yet. After all, this is Fleabag and not an Amy Schumer movie.