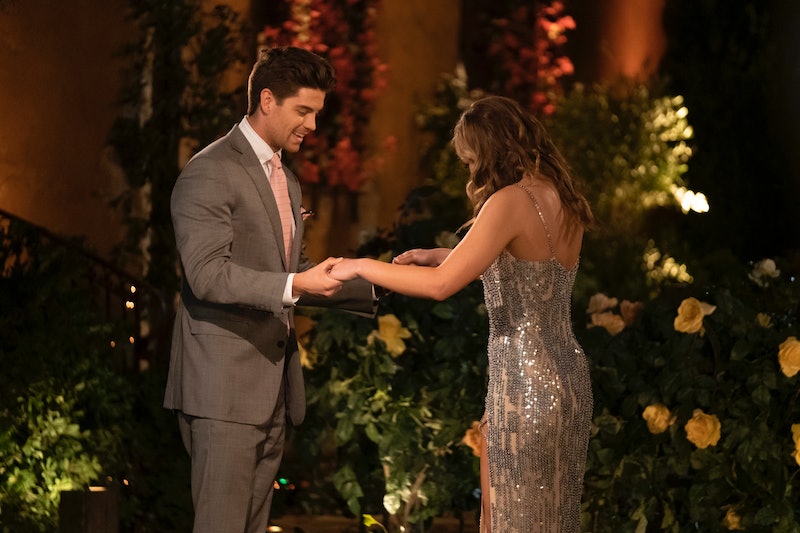 Only one man can win Hannah's heart on The Bachelorette, but that doesn't mean the rest of these dudes don't deserve love too! Some of them will go on to potentially find it on Bachelor in Paradise (Kevin, ABC Cam, and John Paul Jones have been confirmed for BiP already), but maybe others were lucky to strike up something new in the couple of months since filming ended? It remains to be proven if Garrett is single after The Bachelorette, but all signs point to yes.

Perhaps Garrett is just really good at keeping secrets and he's actually Hannah's winner, but his Instagram tells another story. For one, most of his posts about the show are about the friends he made there. In fact, he's made a point to post a "squad" pic of the men nearly every week. He hasn't posted about Hannah nearly that much. Any posts about Hannah on his grid are mostly joke-y. There are no long captions about how going on the show transformed his life or what a great person Hannah is and how they connected on the show. There are just jokes about how he was wearing a cheap suit on the first night, what his hair looked like during the Highland Games, and how Latvia had great "scenery" because Hannah was there.

So those are the clues that he didn't necessarily end up with Hannah — but how about anyone else? Filming for The Bachelorette concluded in May ahead of the May 13 premiere. That means Garrett's had nearly two months back in the real world to find a new partner. But, you know what? Unless you're in the Bachelorette mansion, that's not an awful lot of time. So it would be surprising if he already made a new connection with someone — unless he went on Bachelor in Paradise.

However, Bachelor creator Mike Fleiss confirmed on Twitter that BiP began filming on June 8, and Garrett has actively been posting on Instagram since then. Perhaps he stopped by the show for a handful of days, but his social media history indicates that he wasn't sequestered without his phone for very long. That, in turn, suggests that if he was on the show, he probably didn't make a love connection that's continued past the season.

All signs seem to indicate that Garrett is single and just living his life in Birmingham, Alabama. His Instagram shows that he's been golfing a lot, hanging out with his friends at baseball games, spending time with his family (he calls himself the fun uncle), and re-living his time in The Bachelorette with his bro squad.

But perhaps all Garrett needs to do to find that forever love is make a move. He said in his ABC bio that Savannah, Georgia is "the most romantic city in the world." That's just a short six-hour drive from his Alabama home, which means love could be right around the corner if he's interested in a road trip. If he is indeed single now, it's only a matter of time before Garrett finds someone — be it in Savannah or somewhere else.