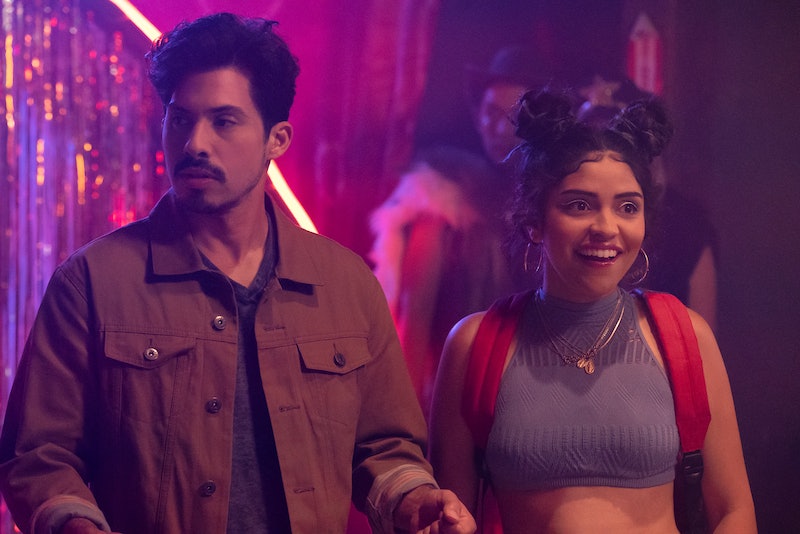 Netflix’s new series Gentefied will not only make you hungry for tacos, but also force you to take a good, hard look at what gentrification really means. The story centers around three Mexican-American cousins living in the predominantly Latinx area of Boyle Heights, who are struggling to help save their grandfather’s taco shop from closing down due to the ever-changing neighborhood. The premise itself feels personal, which is why it makes sense that Gentefied is actually based on a true story — at least, in a way.

During a recent interview with the Los Angeles Times, series co-creator Marvin Lemus reflected on his own personal experience of not only facing gentrification, but being apart of it, when he moved to a predominantly working-class Latino neighborhood in East Hollywood around five years ago. The area gave Lemus a sense of home, though he couldn’t help but notice all of the new businesses that continued to pop up, which created a higher cost of living for those around him. This caused him to confront his own role in the neighborhood’s transformation.

“An elotero would come by every day — it felt so much like home in a way that I hadn’t experienced in a while,” Lemus told the outlet. “But I started to realize that even though this is how I grew up, even though this feels like the home I was seeking, I am a part of the change that’s coming into this neighborhood. I’m in a different tax bracket. I’m in a different situation than the family of four living in the studio apartment next door. It messed with me.”

As a result, Lemus became inspired to create a narrative around that internal conflict by having a young generation of Latinx to try and give back to their old neighborhood, while also struggling to pursue their own dreams. It’s a difficult balance to try and obtain since the older generations want to keep things the way they are, while the younger generations are more willing to embrace change. So where do you find a happy medium? “We’re not going to pretend to have answers,” Lemus added during the same interview. “The show has the older generation, the immigrants and the first-gen kids ... and everybody has a different perspective on the things.”

The story also hits close to home for Lemus’ fellow co-creator, Linda Yvette Chávez, whose family emigrated from Mexico to Boyle Heights. “Everyone is right in their own way,” Chávez explained to the LA Times. “We want people to have a deeper understanding of gentrification and its impact, especially when it comes to Boyle Heights. That’s a community that loves itself so much, enough to fight for it, and that is so proud of its history. It’s such a beautiful thing.”

More like this
17 Wednesday Addams Quotes For Every Situation
By Grace Wehniainen
Everything To Know About 'Firefly Lane' Season 2 Part 2
By Gretchen Smail
The 'Firefly Lane' Book Ending Teases Way More Tears To Come In 2023
By K.W. Colyard
The 'Ginny & Georgia' Season 2 Release Date Is Only A Few Weeks Away
By Martha Sorren
Get Even More From Bustle — Sign Up For The Newsletter