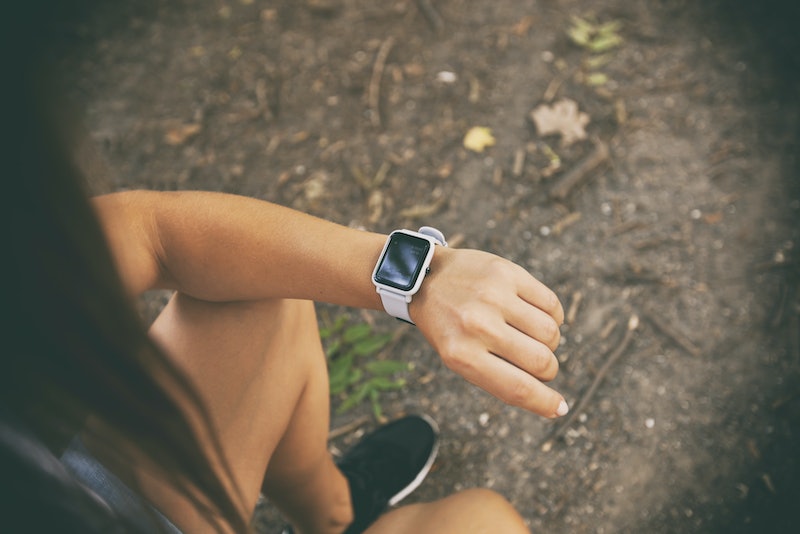 Counting your steps has become a popular pastime among many people who are hoping to lead more active lives, but who don't always have the time to alway hit the gym or squeeze an hour-long exercise class into their schedule. Some folks make a game out of hitting 10,000 steps a day, and claim this simple form of working out is a game-changer. But is getting 10,000 steps truly an effective workout on its own? Experts say that counting steps may not be a practical exercise routine for most people, but that doesn't mean it's without benefits completely.

Nicholas M. Licameli, PT, DPT, assistant clinical director of Professional Physical Therapy in Nutley, NJ, tells Bustle that people should consider two things when counting steps: their fitness goals, and their current activity level. "The step count goal should be determined based on an individual’s goals, and baseline daily activity," he says. This means that walking 10,000 steps a day may not be an effective goal for everyone. As a matter of fact, HuffPost reported in 2017 that research has shown tracking 10,000 steps a day — or even 15,000 steps — makes little difference if you're not increasing your heart rate, or turning those steps into aerobic exercise. So, pacing at the office or wandering around the grocery store will put a dent in your daily steps, but is probably not hugely advantageous to your health.

That being said, getting in your steps with a brisk, twenty-minute walk boasts a ton of physical health benefits, according to the Arthritis Foundation. Furthermore, walking at a moderate pace can also improve your overall mental health — boosting your mood, enhancing cognitive functioning, and even lessening fatigue. Licameli says that for someone who's a beginner at exercise, "counting steps can be a great workout." However, he adds, "Like any stimulus, the more you do it, the less effective it is. [...] That’s where progression comes in!"

Overall, one of the most important gains you can get from counting steps is that it can help you be more aware of how much you're actually making time to get up, move, and be connected to your body throughout the day. As Harvard Health reported in 2009, one study showed having a pedometer actually motivated people to exercise more often. "We tend to lose track of time that we don’t move. Counting steps can act as a nice external cue or prompt to get up and get moving," Licameli says.

While counting steps may not be a sweat session unto itself — with the exception of making time to go for a walk — the practice is still a healthy habit that will only help you at the end of the day.