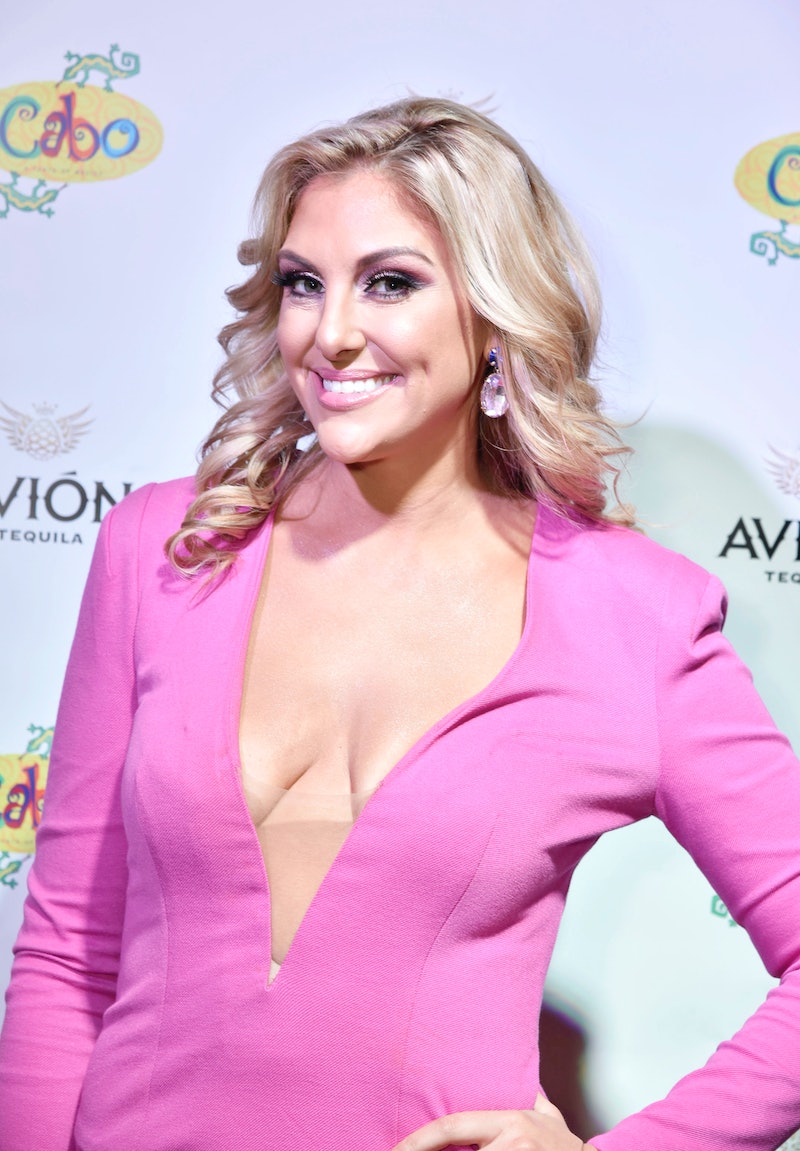 Real Housewives of Orange County star Gina Kirschenheiter's life is a bit of mystery. She was initially very vague about the reasons for the divorce and pretty much anything else about her love life, especially since her ex Matt was never even on the show. At this point, it is unclear if Gina is dating anyone in 2019, but it's also possible that she just didn't have much time. Her divorce and custody proceedings had to have been time and energy consuming; no one could blame her for laying low if she is in a new relationship.

In January, Gina's social media followers wondered if she found a new man when she posted a photo with her trainer. Many people commented speculating that the two of them were dating, but Gina dispelled those rumors with a reply to one of the comments. Gina shared, "He's an awesome guy! Family man! Father to three kids 4 and under. I'm friends with his wife who is a badass RN and stunning!"

She confirmed to another follower that "he's happily spoken for!" and that their relationship was just about fitness. Other than that, Gina hasn't posted any photos or videos with men. However, that's not conclusive evidence that she is definitely single. She's not just paired up with her trainer.

At one point, it seemed like Gina and Matt might have been back together since Gina posted a series of photos for his birthda with the caption, "the man who has held [her] hand for the last 14 years despite the ups and downs." She even called him "the best a girl could ask for." And she rounded out the caption with, "I'm your person and you're mine." That does not sound like a message most people would write for an ex's birthday. Maybe, just maybe, they briefly reconciled for a period of time in 2019.

The lovey dovey dynamic did not last for Gina and Matt, not even for a couple of weeks. On June 25, Gina filed a restraining order against Matt. Later that day, The Blast reported that jail records indicated Matt was booked on a felony charge of corporal injury to a spouse. He was booked into an Orange County jail on June 22 and released the next day.

More details emerged about the domestic violence charges in court documents that Gina filed. She claimed that Matt showed up to her house at 2:00 AM "pounding at the door." She alleged Matt "threw me down on the couch and threw some furniture around." She also said, Matt was "screaming in my face and saying he was going to kill me."

While it's clear that their relationship is done, their marriage technically isn't. On Aug. 14, the Kirschenheiters filed a judgment with the court to finalize their divorce. The judge asked for an additional disclosure document before declaring they would be legally married until Dec. 31, according to court documents obtained by The Blast.

E! News reported that the protective order Gina filed against Matt has been extended until a court date in January 2020. So while it's unclear if Gina has a special man in her life these days, it might be best for her to take some time to herself.