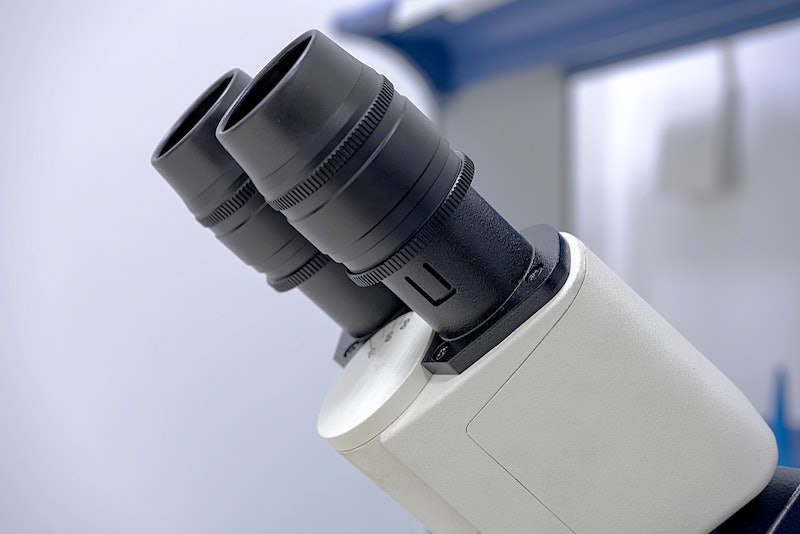 In February, the World Health Organization (WHO) released a report that called for researchers and scientist around the globe to find new ways to treat viruses that were becoming antibiotic-resistant. Many people took notice that the STI gonorrhea had made the list, and the idea that gonorrhea was a "superbug" began to take hold across the internet. But according to experts, calling gonorrhea a "superbug" has really toxic consequences, and panicking about it can do more harm than good.

Dr. Alyssa Dweck, a gynecologist and spokesperson for Monistat, tells Bustle via email, “It’s a true concern but, gonorrhea is still treatable. Better yet, prevention is the way to go.” So, while gonorrhea is a serious health issue, hyperbolizing the health risks and calling it a “superbug” is dangerously misleading — and can further stigmatize people who simply need medical care.

Furthermore, though gonorrhea has developed a resistance to almost every class of antibiotic medication used to treat it, according to the WHO, it’s important to recognize “resistant” is not necessarily the same thing as incurable. Nor does it mean someone who contracts gonorrhea is doomed to painful symptoms their entire life. According to CNN, the CDC now recommends a two-drug regimen of ceftriaxone and azithromycin to help treat and cure gonorrhea.

While some people may believe calling gonorrhea a “superbug” will encourage people to rush to their doctor’s office, it’s more like screaming “fire” in a crowded theatre. “It’s important not to shame a person after they have been diagnosed,” Dr. Michael Krychman, the Executive Director at The Southern California Center for Sexual Health and Survivorship, tells Bustle via email. Studies have shown the harmful stigmas surrounding STIs actually makes teens and adults less likely to undergo regular STI screenings. Additionally, due to a lack of comprehensive sex education in our society, people often forego routine reproductive health check-ups because of the common misbeliefs that STI examinations are painful, expensive, or embarrassing. Television and movies often perpetuate negative stigmas, making people with STIs the punchline to jokes about promiscuity, “dirty” behavior, and a lack of self-worth — associations that have nothing to do with whether or not a person has an STI. People who contract a STI sometimes experience a barrage of slut-shaming from their support system because of these misconceptions. "Many men and women become increasingly concerned about relationships and trust after they have had an STI; they may shy away from embarking on new relationships," explains Dr. Krychman. "As an extreme, some patients avoid sex all together."

According to recent survey from Superdrug.com, 40 percent of people feel too anxious or uncomfortable to ask potential sexual partners if they have or had a STI. However, STIs are more common than the stigmas would lead you to believe. Gonorrhea itself is one of the most commonly diagnosed STIs, and the CDC reports 820,000 new cases of the bacterial infection are recorded each year in the United States. Moreover, around one in six Americans are diagnosed with genital herpes, but over two-thirds (yes, two-thirds!) are believed to be infected with oral herpes. Basically, if you’re sexually active, you have a 50 percent chance of contracting some kind of STI (curable or incurable) before you are 25. The majority of STIs are asymptomatic, which means you may not know you have it for a while, which is why regular testing is absolutely crucial to your sexual health.

Though STIs are common, you should still take necessary steps to protect yourself from them with condoms — and, it doesn't hurt to arm yourself with a good sex education. "I try to focus on prevention of these infections through advocating safe sex and universal precautions, as well as focusing on education on the subject," says Dr. Dweck. "While normalizing STIs is tough, reassuring patients that they are not alone is very helpful in an effort to destigmatize."

And, you should treat STIs like a serious medical issue — since they are. Some STIs, including herpes, HIV, the human papillomavirus, and hepatitis B, are incurable diagnoses, though people can and do live healthy lives with the disease. Even the curable STIs, such as chlamydia and syphilis, can have negative health consequences if not caught and treated early on. Now that there is an antibiotic-resistant strain of gonorrhea, the infection falls somewhere in between incurable and curable. On a positive note, doctors have developed effective treatment options for all STIs that will manage symptoms, and that will keep you happy, healthy, and sexually active (if you want to be).

It’s important to understand and educate yourself on the possible consequences of being sexually active or contracting gonorrhea, but the fact that it is possibly antibiotic-resistant shouldn’t scare you into abstinence. Gonorrhea is just doing what all bacterial infections do, which is mutate and change over time. The best way to fight the spread of the STI is simple: don’t call the common infection a “superbug” or further stigmatize it, but take the necessary precautions and protection to keep yourself and your potential partners from contracting it.