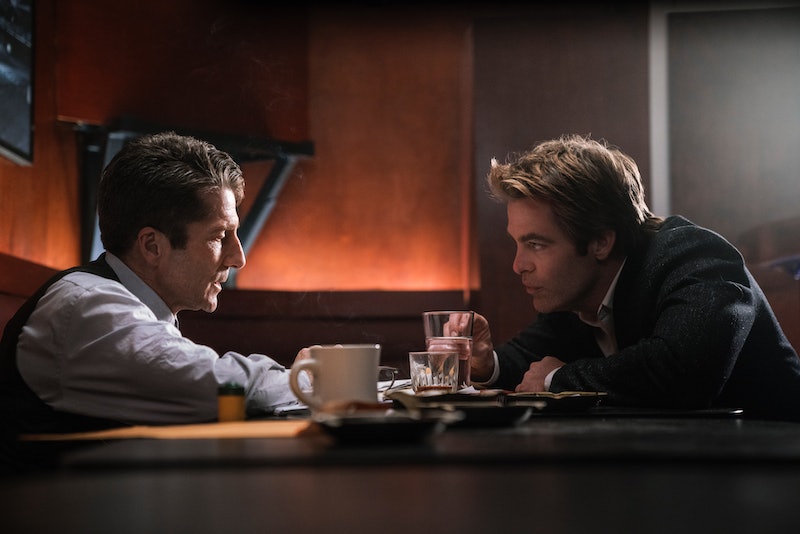 True crime enthusiasts know that the truth is almost always stranger than fiction, and a new series on TNT is out to captivate us with just that? The Black Dahlia case has never been solved, and a new series from Patty Jenkins offers a new take on the terrifying murder. Not only is I Am The Night based on a true story, it's one of the spookiest true stories around. According to the network, "I Am The Night tells the gripping story of Fauna Hodel, a teenage girl who is given away at birth, and grows up outside of Reno, Nevada. Fauna lives more-or-less comfortably with the mysteries of her origin, until one day she makes a discovery that leads her to question everything."

When she travels to Los Angeles to explore her post, she meets a reporter who had "ruined" his career by focusing only on the Black Dahlia case. "Together they follow a sinister trail that swirls ever closer to an infamous Los Angeles gynecologist, Dr. George Hodel, a man involved in some of Hollywood’s darkest debauchery, and possibly, its most infamous unsolved crime," the series description continues.

The TNT mini-series is based on Fiona Hodel's book One Day She'll Darken: The Mysterious Beginnings of Fauna Hodel — and Fiona is one of the main characters in the series. Both Fauna and George Hodel were real people, and the doctor is a major suspect in this unsolved crime.

Even the official FBI entry (online for public consumption) on the murder of Elizabeth "Beth" Short in 1947, is dramatic about how mysterious this particular case is:

"The murderer has never been found, and given how much time has passed, probably never will be. The legend grows…"

In case you've somehow missed Black Dahlia references in pop culture, Short's body was discovered on a Los Angeles sidewalk, cleanly cut in half and posed like a doll or mannequin in 1947. She had last been seen at the Biltmore Hotel almost a week before her body was found, dressed in black, and got the name "Black Dahlia" after the recently released film The Blue Dahlia and due to her noir attire, as per Curbed.

There are many, many suspects that have accumulated over the years according to a reference sheet put together by a student at the University of North Carolina at Chapel Hill. Wild theories even point to Hollywood celebrities from the time, including Orson Welles and Woody Guthrie. That said, the mini-series I Am The Night is focusing on just one, Hodel — who was accused by his son (and Fauna's half-brother), Steve.

Not everything is lifted from Hodel's novel, or even real life, though. For example. Chris Pine's character is not in the novel. According to GQ interview with Jenkins, he is based on a few different people from that era, a Frankenstein's monster creation from Jenkins and her husband when they were working on the adaptation.

So there's a healthy amount of fiction mixed in with fact. This miniseries is sensationalizing an already sensational tale, and why not?! Since even the FBI has thrown its hands up and admitted that we're never, ever going to know who killed the Black Dahlia or why, a dose of added drama can't hurt anyone.

More like this
Glenda Cleveland Died 2 Decades After Trying To Turn In Neighbor Jeffery Dahmer
By Brad Witter
Stanley Tucci Is Next Level In The BBC's 'Inside Man' Trailer
By Sam Ramsden and Sophie McEvoy
Is The Serpent Queen Based On A True Story?
By Maxine Harrison
Alleged Cult Leader Larry Ray Is Awaiting Sentencing Following His Conviction
By Brad Witter
Get Even More From Bustle — Sign Up For The Newsletter