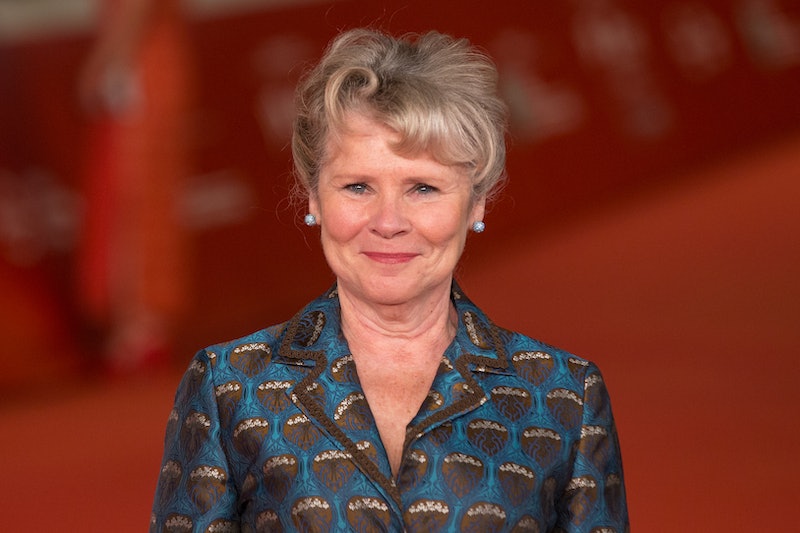 Season 3 of The Crown may have only just aired, but talk is already turning to who will next take on the role of Queen Elizabeth. According to the Daily Mail, Imelda Staunton could be replacing Olivia Colman. Famed for being the delightfully wicked Dolores Umbridge in Harry Potter and for her Oscar-nominated performance in Vera Drake, the 63-year-old has the acting chops to take on the role of the monarch.

Alas, it may never happen. Netflix has denied this particular casting rumour, telling Metro in a statement: "We are currently filming Season 4 of The Crown but have not commissioned any further seasons as yet. Therefore any news on casting remains pure speculation."

Instead of using CGI to digitally age the original cast, The Crown's bosses decided to hire new faces for Season 3. Claire Foy was replaced by Colman and Prince Philip went from Matt Smith to Tobias Menzies. Helena Bonham Carter has taken over the part of Princess Margaret from Vanessa Kirby and Matthew Goode has been swapped for Ban Daniels in the role of Lord Snowdon (Princess Margaret's former husband).

If a fifth season is commissioned, it is believed the cast will be replaced once again. Staunton could well be in the running for the Queen, but rumours are likely to remain rumours for several more months.

Staunton isn't the only British legend rumoured to be in talks for the part. Helen Mirren's name has also come up, per Radio Times. But when asked by Lorraine Kelly if she would take it on, Mirren — who previously played the monarch in 2006 film The Queen — replied: “I don't think so. I think it’s more interesting when you see other portraits and it builds into a more interesting picture than just someone coming back.”

Season 5 and 6, if commissioned, could be the most dramatic ones yet. As Metro reports, they are likely to follow the royal family from the '90s to the early 2000s. 1992 was described by the queen as "annus horribilis" after two of her children — Princess Anne and Prince Andrew — separated from their partners and a fire ripped through Windsor Castle. Prince Charles' marriage is also likely to be dissected along with the tragic death of Diana in 1997.

For now, you've got Season 3 to contend with. Featuring the breakdown of Princess Margaret's marriage and the growing relationship between Charles and Camilla, it's well worth a watch.