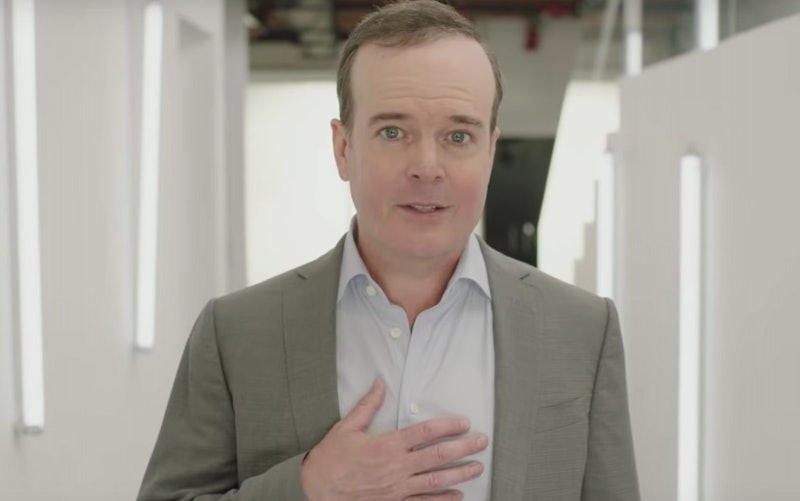 Westworld Season 3 peers behind the curtain more than ever before. Having escaped the park, Dolores is now in the real world, trying to take down Delos from the outside in. Except it's not the only company she's dealing with: Westworld Season 3 also introduces Incite, which touts "unprecedented computing capabilities" that can solve world problems like saving the environment and finding you an exciting career (which are of course two things of equal importance).

It's obviously not a real company, but it's also not a far cry from, say, Apple or Amazon, which similarly promise to make your life better and more convenient by using your own data. Since this is Westworld, however, Incite takes it one step further: their accompanying website claims they can help you do anything from "play you what's stuck in your head" to "show you who your real friends are."

To amp up the creep factor, HBO invited reporters to an immersive Incite dinner during the CES trade show in January. One such participant was Deadline's Dino-Ray Ramos, who explained that each table had a host similar to the robots in Westworld. The "hosts" knew a varying amount of information about each person sitting at the table; for Ramos, it was all things that could be uncovered with a cursory Google search, but between work histories, social media channels, and even details about children and families, some of his fellow diners were freaked out about how much the host knew.

And yet despite all of that, Ramos left the event still unsure about what it is Incite actually does. "Essentially, they want to control our lives and our choices based on the data we put out into the world," he wrote. "All the while, they freak us out while selling it to us. All guests received a Westworld billfold as parting gifts with a card that had details about us on there — including the exact age when we die." Yikes.

It's unclear how big of a role Incite will play this season, but that may be all you need to hear to take a break from your smartphone.

More like this
This 'Gossip Girl' Wardrobe Error Has Gone Viral On TikTok
By Alyssa Lapid
'The Last Of Us' Has Officially Been Renewed For Season 2
By Darshita Goyal
ITV's 'Maternal' Was Inspired By A Very Simple – & Unanswerable – Question
By Maxine Harrison
'Bridgerton's Regé-Jean Page Is The World’s Most Handsome Man
By Darshita Goyal
Get Even More From Bustle — Sign Up For The Newsletter
From hair trends to relationship advice, our daily newsletter has everything you need to sound like a person who’s on TikTok, even if you aren’t.